What Are Ultrasonic Displacement Sensors And Where Are They Used? 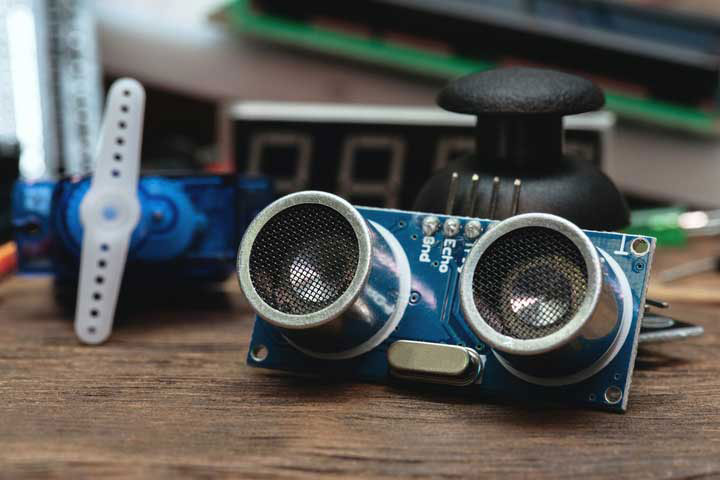 Ultrasonic sensors are being used widely across the world, in a variety of application areas. By using high-frequency soundwaves to identify the position and distance of objects, ultrasonic sensors often play a significant role in situations where other types of sensors fail. Usually, they are used in applications where there is a need to measure the level or distance. Moreover, because of the quick and easy to implement characteristics of ultrasonic sensors, they are also used in the level measurement applications. Furthermore, the variation in casing types of these sensors makes them applicable in several types of construction projects.

What are Ultrasonic Sensors?

Ultrasonic sensors are electronic devices that calculate the distance of an object by producing ultrasonic soundwaves and transform the reflected sound into an electrical signal. An ultrasonic soundwave travels faster than the speed of audible sound (i.e. the sound that humans can hear). Ultrasonic sensors constitute of two main parts: the transmitter (which releases the sound using piezoelectric crystals) and the receiver (which encounters the sound once it has reached to and bounces back from the target object).

How Does Ultrasonic Displacement Sensors Work?

Ultrasonic displacement sensors work on the concept of echolocation which is seen in bats or dolphins. These sensors emit soundwaves and then sense when the soundwaves get back after colliding with an object. During this process, the distance is calculated by sensing and measuring the time from the release to the reception of the ultrasonic waves. These sensors are usually used for non-destructive assessment of objects in quantitative testing, review of industrial structures, and health checkups of old constructions. These sensors are more beneficial as compared to optical sensors owing to numerous reasons including high precision ratio, broad range of detection, and high speed. They depend on non-contact techniques of detection and measurement of objects. Due to all these benefits, these sensors are at present highly in-demand. As per a report by Research Dive, the global ultrasonic displacement sensor market is predicted to witnesses augmented growth in the coming years.

In general, ultrasonic displacement sensors are used to sense objects and calculate the distance in industrial applications in which reliability and versatility are the vital factors. An ultrasonic sensor is used mostly as a proximity sensor in various applications. It can be used in vehicle self-parking systems as well as anti-collision security systems. These sensors have also found applications in robotic obstacle detection systems and production units.

In addition, with the shifting civilization and lifestyle, human beings are experiencing various other issues such as rise in the number of diseases due to bad lifestyles and growing geriatric population. Ultrasonic displacement sensors can be applied in processes meant for changing a person's physical situation by applying the sensors to the body and transforming the acquired biological data into pictorial form. The sensors have the skill to imagine the internal conditions of the human body without harming them. For example, ultrasonic displacement sensors are applied in tissue biopsy sampling or therapeutics while locating the target organ.

Ultrasonic displacement sensors have the potential to estimate the real-time visual analysis for capitalizing over the growing cases of intricate medical conditions such as cranial cardiovascular disease, nerve disease, and orthopedic which need non-invasive detection and measurement before diagnosis. One of the top medical ultrasonography is done using obstetric ultrasound for visualizing the fetuses of pregnant women.

Moreover, ultrasonic sensors can be used in avoiding collisions by sensing the vehicles or other objects that come dangerously nearby your vehicle. For instance, while parking a car, the sensors can detect the closeness of the vehicle with respect to a wall or other vehicles and signal you to stop. This can also be applied in traffic conditions, as these sensors can deliver precise readings even if both entities are in motion.