What are Different Types of Chip Resistors and Why are they Important?

A chip resistor is a component that opposes the flow of electrical current. It is mainly used to operate, safeguard or control circuits. They are extensively applied in various application areas including automotive, transport, industrial, consumer electronics, and IT & telecommunication industries. 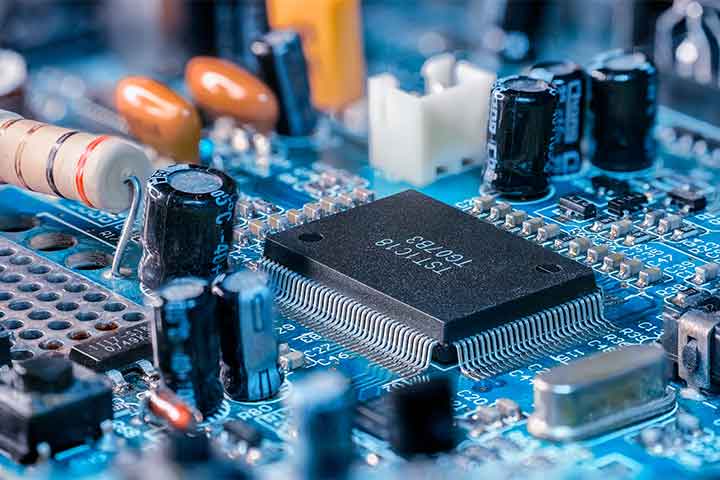 The consumer electronics sector is advancing with novel innovations such as high definition equipment and eco-friendly electronic products. However, with the rising development of electronics products, their demand has increased manifolds, which has also boosted the demand for chip resistors.

What are Chip Resistors?

A chip resistor also known as surface-mount device or SMD resistor is an integrated circuit (IC) device designed in square or rectangular chip bundles. A chip resistor is a component that opposes the flow of electrical current. It is mainly used to operate, safeguard or control circuits. It can have a definite value of resistance or it might be flexible or variable within a specific range. A resistor is a passive component and can only decrease current or voltage signals.

Chip resistors form the main components of several advance electronics products. If electronics devices do not have resistors fitted in, there would be almost nothing to limit the flow of current. And having too much current can cause harm to the device, thus destroying it.

Chip resistors are extensively applied in various application areas including automotive, transport, industrial, consumer electronics, and IT & telecommunication industries. As per a report by Research Dive, the global chip resistor market is foreseen to exceed a revenue of $3,330.3 million in the 2021–2028 timeframe, owing to the growing demand for chip resistors from various industrial sectors.

What Technology is used in a Chip Resistor?

This technology depends on the deposition on a thin metallic layer on a ceramic substrate. Resistors build using this technology possess enhanced resistance for a given area, and thus this type of resistors are reasonable and save a lot of space. However, in this type of resistors, the film is susceptible to failure owing to high temperatures, chemical contamination, and water vapor.

This type of resistors are formed by applying a resistive metallic paste on the base. They offer improved resistance per given area and are cost-efficient as compared to other types of resistors, for instance: wirewound resistors. Their frequency is similar to foil and thin film resistors. However they are comparatively noisier than other types. Notwithstanding their disadvantages, they are extensively used in circuit units that need less accuracy and permanency.

This type of resistors are formed by applying a metal foil to a ceramic substrate which is photo-etched with a resistive design. This procedure develops a resistor with the advantageous features such as improved stability, reduced capacitance, non-inductance, and reduced noise without forgoing speed and precision. Hence, they are widely in demand from various electronics industries.

What Standards are taken into Consideration While Designing Chip Resistors?

A chip resistor might be designed, developed, and tested as per numerous standards. Common standards taken into consideration while designing a chip resistor are:

How has the COVID-19 Pandemic Impacted the Chip Resistor Production?

The outbreak of COVID-19 pandemic in 2020 has had a devastating impact on the global chip resistor market, thus hampering its growth and production cycles. The production of chip resistors has been temporarily ceased owing the implementation of nationwide lockdown and restrictions on transportation activities. Also, prohibition on export as well as dearth of raw materials have gave rise to disruptions in the manufacturing of chip resistors. As end-use industries including consumer electronics, automotive & transportation, IT & telecommunication, and others have temporarily ceased their production, the demand for chip resistors has also significantly declined, thus hampering the market growth.

A Sneak Peek to Electric Fuses and Some Must-Have Features

What are Different Types of Chip Resistors and Why are they Important?

Preview an Exclusive Sample of the Report of Chip Resistor Market