Top 10 Red Wine Producing Countries That You Ought to Know

Red wine has been cherished since the middle ages of kings and knights. Today, monarchy has been replaced by democracy across the globe in almost all countries but red wine is still adored just like those medieval times, if not more. Over the years, the European monopoly over red wine production industry seems to be eroding as countries from Asia, South America, Africa, etc. are hugely investing in this sector. The growing global demand for red wine is one of the prime reasons behind this shift in market forces. 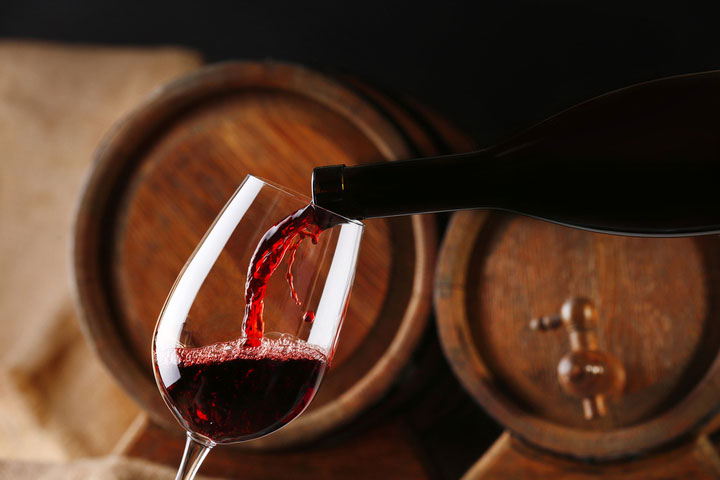 No one has ever said “no” to good food and good wine. A bottle of wine is one of those rare things which can go well with any type of cuisine and any kind of celebration. Be it a romantic date, a bachelors’ party or a marriage, wine is perfect for all these occasions. In fact, many consider red wine a “must” in such occasions. Naturally, the global red wine market is almost always on the ascendancy, due to its ever-growing popularity. However, despite its global popularity, people have little knowledge about the countries where red wine is produced.

Italy has a long tradition of wine production, dating back to the Greek and Roman Empire. The environment and topography of Italy is perfect for grape production, and hence, famous brands like Chianti, Montepulciano d'Abruzzo, etc. are Italian.

A list of wine-producing countries would be incomplete without France featuring on it. French wine, just like French perfumes, are extremely popular all over the world and top French wine brands include Bordeaux, Pinot Noir, etc.

Spain has one of the largest areas under grape cultivation in Europe and hence, is bound to be one of the top red wine producing countries in the world. Top brands like Tempranillo, Cava, etc. are Spanish in origin.

Germany, just like Italy, has had a long tradition of red wine production. Since the times of Roman empire, vineyards have thrived along the banks of the Rhine. Though Germany majorly produces white wine, production of red wine has increased in the last few years owing to its growing global demand.

Though wine production in America is a quite recent phenomenon, the market in this region has grown quite substantially in the last few years. Almost all 50 states of the US, as of today, produce red wine, with California state being one of the global leaders of wine production. The growth in wine production in this region is attributed to the rise in party lifestyle in the US along with increasing millennial population. Merlot, though originally from France, is largely produced in the Napa Valley region of the US.

Lately, Australian wine has grown to be quite popular owing to its unique taste and flavor. This is primarily due to the Australian weather and the topography. Majority of the vineyards in Australia are located on the southern side. Cabernet Sauvignon, a popular French red wine brand, has started its production in Australia also, due to the growing popularity of Australian wines.

The featuring of this African country in wine producing countries’ list may surprise many, but the Mediterranean climate prevalent here, especially around the Cape Town region, is perfect for wine production. Pinotage, a famous red wine brand, is of South African origin.

Another notable country which has risen among the ranks of top wine producing countries is China. Although the wine production industry had been established long ago in China, its wines have started getting the recognition they deserved only in the last few years. The Mediterranean climate in Western China has been the main contributor behind the huge increase in the production of red wines in this Asian country.

Though Chile doesn’t necessarily enjoy the topographic advantage that Argentina enjoys, it has the climatic conditions on its side. Warm and hot summers have helped the wine production industry grow in this South American country. Chile is one of those rare countries in which both, red wine production and white wine production has increased over the years.

Apart from the countries mentioned above, Russia, Hungary, Romania, and Portugal have also increased their foothold in red wine production industry in the last few decades. It is evident that the European Mediterranean climate is most conducive for vineyards to thrive. However, expertise in wine making and huge investments by leading players of the wine production industry have helped countries from other parts of the world to compete with the traditional wine producing European countries.

Preview an Exclusive Sample of the Report of Red Wine Market