The Evolution of Language Technology Eases Interpretation of Human Languages

Language technology is one such technological invention that has ruled out all the limitations related to the interpretation of human languages by machines.  The notion of language technology has not only proven its strong significance in the arena of information technology, linguistics, and machine learning, but also has progressively stretched out its applications in several other areas of human knowledge along with many main disciplines of humanities, sciences, and social sciences, and is soon to have a promising future in the coming years. 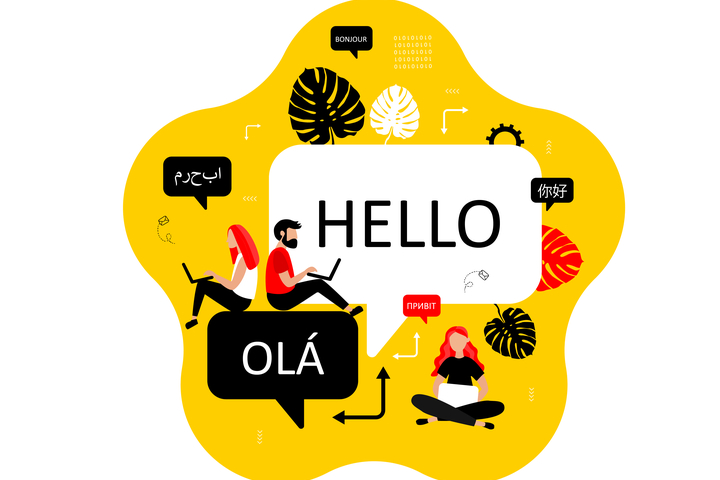 Making people understand what you speak can sometimes be troublesome. However, we live in the era where technology rules in almost every arena with its mind-blowing features. Language technology is one such technological invention that has ruled out all the limitations related to the interpretation of human languages by machines.

What is Language Technology?

While communicating by means of a machine such as a personal computer or phone, the possibility of misinterpretations surges enormously. This is because human languages have many polysemantic words, that is: words with several different connotations —and even though the machines are rapidly turning out as an effective means of analyzing languages, they still face issues in comprehending precisely what the words mean.

With the invention of language technology, smartphones and computers are able to interpret the actual meaning of what a person speaks. Bolette Sandford Pedersen, the head Professor of the 'Semantic processing across domains' project at the Centre for Language Technology at the University of Copenhagen, Denmark states that many technologies can work better if they not only has to recognize words, but also  had to comprehend, to some extent, what they mean.

Several people are acquainted with the SIRI platform, which permits users to communicate as well as ask queries to their smartphones. This platform is dependent on the ability to comprehend what the words depict in a particular context and recognize which parts of a sentence means what – this is also called as “semantic function”.

Suppose your car has broken down and you need the solution to get it back to normal functioning. If you ask a platform, such as SIRI, where you can mend the damage, the platform might give the best solution if it knows, that the word ‘damage’ is intended for the car, not the person, and that it is the car that needs to be mended, not the car driver.

Language technology works best  in applications where machines have to understand what the words as well as sentences mean. Associate Professor Anders Søgaard, Pedersen’s colleague at the Centre for Language Technology states that when language technologies are developed, one has to upload several words into a computer, where all the data  is manually added along with the information  regarding their discrete function and meaning in the text. By doing this, it is then feasible to infer some models that can automatically analyze newfangled sentences that the machine has not come across beforehand.

Language technology is focused on the computational processing of human language, both in spoken as well as written form, and on the dual goals of simplifying both the interactions with machines and the processing of large quantities of textual data. Various applications, for instance, intelligent Internet search engines, spoken language dialog systems, machine translation, and automatic text summarization, are used by language technology to interpret human languages. This technology is broadly recognized as the starting of the next big challenge for computing:

All these requirements are making language technology a critical technology for the 21st century.

Experts’ Views on Language Technology and its Applications

In a WebTalk on “Language Technology and its Application in Various Domains”, Prof Niladri Sekhar Dash, a renowned linguist, the author as well as Head, Linguistic Research Unit, Indian Statistical Institute, Kolkata has stated that the notion of language technology has not only proven its strong significance in the arena of information technology, machine learning, and linguistics, but also has progressively stretched out its applications in numerous other areas of human knowledge along with many main disciplines of humanities, social sciences, and others.

Moreover, Prof Dash, an expert of Corpus Linguistics & Language Technology stated that at this moment in time, various sectors have accepted that language technology has made a significant footmark in modern systems of education, researches, and applications of both advanced as well as less advanced languages in commercial as well as academic sectors. Further, he explained how language technology is offering highly practical and technical support at the grassroots level by familiarizing novel tactics and approaches for language data collection, processing, analysis, and application—which is helping in performing progressive researches in the Computational Linguistics sector.

Prof Dash further elaborated how digital language technology and databases are implemented in some prevailing and novel areas of linguistics and allied disciplines. Moreover, by using graphical representation, he deliberated how the addition of language technology in commercial & academic areas has contributed in the development of new job opportunities for language intellectuals.

Prof Dash said that we have two sorts of Language Technology and Natural Language Processing: text-based & speech based. Below the category of the text-based technology, we have text classification, text indexing, text summarization, information retrieval, text mining, report generation, question-answering systems, and numerous other text processing systems. These systems help in interpreting texts, which are processed for machines for categorizing and retrieving information.

Future of the Language Technology

Numerous factors have contributed to this extensive evolution of the language technology. With the development of huge masses and linguistic resources, the merging of statistical models based on several machine learning methods or considerable advances in the quality and effectiveness of speech recognition, dialogue management or automatic translation systems, and many others, have turned the arena of language technology into a promising area of research and an evolving industry. Additionally, the incorporation of language technologies into converging areas like social networking, robotics, Internet of Things, Big Data, and cloud computing is likely to open doors to new application areas in the coming years.