The Effect of the New Virus Strain on India

On Monday, the Ministry of Home Affairs extended the COVID-19 surveillance guidelines until January 31, 2021, and requested all the states and UTs to strictly impose them. In a press release, the ministry has said that while there has been a continuous decrease in the new and active COVID-19 cases, containment, surveillance, and caution must be maintained, keeping in mind the rise in cases across the globe, and the appearance of a new variant of the virus in the UK. 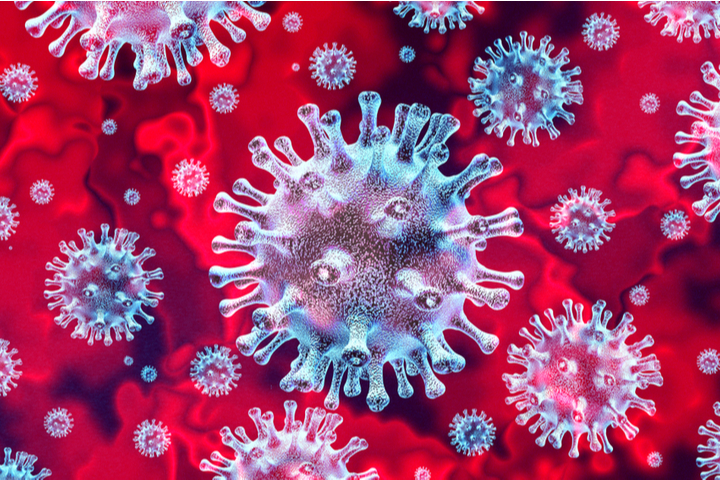 While coronavirus continues to create chaos in our lives, the new strain is spreading panic not only in England but even in other countries. While scientists have been working hard for tracking the origin of the new virus, nothing has been confirmed yet. To make matters worse, experts estimate that the new virus might be 56% more contagious than the previous one. According to recent research, the new virus is more contagious and is able to spread much faster.

What Is the Name of the New Variant of Covid-19?

The new variant of the COVID-19 virus is named “VUI 202012/01”. It involves a genetic mutation in the “spike” protein which can lead to smooth and quick spread of the virus, making it dangerous. The new variant has 17 mutations which affect the shape of the virus. This also includes the spike protein through which the coronavirus family gets their name.

Where Was the New Strain of COVID-19 First Located?

The new variant of the COVID-19 virus was found in the southeastern parts of England in the month of November. Due to this, the British government re-enforced restrictions in the U.K. and neighboring regions. Not only this, many countries including India have re-enforced travel restrictions and issued orders to suspend all the flights from the U.K. for the time being. Moreover, it is compulsory for the people coming from the U.K. to be in quarantine for 14 days.

The new and more infectious variant of coronavirus is said to be a crucial factor behind the U.K.’s rise in new cases and deaths, due to the virus this week. On Wednesday, the country reported about 40,000 new daily cases of coronavirus, the highest number of cases observed since the start of the pandemic. Along with this, they also reported the most number of deaths in a day since April.

As a response to the new coronavirus strain, many countries have put a ban on travelers from Britain. According to Johns Hopkins University Tracker, on an average, the total number of confirmed coronavirus cases in the U.K. is around 2.1 million with the number of deaths being 70,000. This makes the U.K. the most pummeled country by the pandemic in Europe.

How Does the Virus Affect Children?

The mutation of the virus makes it easy to enter the human cells. This makes children more likely to get infected by it. Children are equally susceptible to this new strain as adults. We might see more children getting infected with the virus, with the new strain in sight.

What Are the Symptoms of the New Variant?

The three most common symptoms of fever, loss of smell and taste, and dry cough are the same with the new strain as that of COVID-19 virus. But there are some other symptoms that the new variant has been associated with. These include muscle pain, mental confusion, loss of appetite, diarrhea, fatigue, and headache.

Where Were the Initial Cases of the New Variant Found?

The initial confirmed cases of the new variant were spotted around mid-December in the U.K., this year. After this, the authorities declared that it was uncontrollable. Nevertheless, experts state that the virus had been around in the country since September. However, the authorities were not able to spot it as there weren’t any large-scale infections. According to the current reports, nearly 60% of the patients in the U.K. are currently infected with the new variant of the virus.

Are the Present Vaccines Effective Against the New Strain of Covid-19?

According to scientists, there is no evidence that the vaccines which are currently being deployed in the U.K. – developed by BioNtech and Pfizer – or any other COVID-19 vaccines in the development process won’t protect us against this new variant. According to Adam Finn who is a vaccine specialist and professor of paediatrics at Bristol University, it is very unlikely that this variant will have any effect on the vaccine’s effectiveness. Also, Jeremy Farrar, who is the director of the London-based research charity Wellcome Trust UK has predicted that there at present, there appears to be no indication that the new variant of the virus would deceive the vaccines and treatments.

How Is India Affected By the New Variant of the Virus?

Six travelers who had arrived in India from the UK fell prey to the mutant strain of the novel coronavirus and tested positive on Tuesday. According to the Union Health Ministry, out of the total six patients, three were from Bengaluru, two were from Hyderabad and one person was from Pune. All these patients have been isolated and moved in private single rooms at the state government facility center.

As stated by the government, “Close contacts of these patients have been quarantined as well as comprehensive contact tracing has been started for co-travelers, family members and others. Other specimens are under the process of Genome sequencing.” The new strain has so far been detected in the following countries - Singapore, Lebanon, Japan, Canada, Germany, Switzerland, Spain, France, Sweden, Italy, Australia, Netherlands, and Denmark.

How Is the World Responding To UK’s New Variant Crisis?

Earlier this month, more than 40 countries banned all UK arrivals. Flights from the UK to territories around the world, including Spain, India, and Hong Kong, have been suspended. As a consequence of the travel curbs, hundreds of people were stranded for hours. Countries like Saudi Arabia, Oman, and Kuwait have gone even further, by totally closing their borders for a week.

India reported 16,432 new Covid-19 cases in the last 24 hours until 8 am Tuesday. These new cases took the nation’s tally to 1,02,24,303. Since June 23rd, this has been the lowest hike in the daily cases for the past 6 months. Out of the total cases, there are only 2.68 lakh active cases. On an average, 98 lakh people have recovered from the disease. The death toll stands at 1.48 lakh taking in account the 252 additional deaths that were reported on Monday. According to Adar Poonawalla, CEO of Serum Institute of India, the regulatory approval for Covishield may come in a few days.

Two great lessons that we have learned from the pandemic are wearing a mask and maintaining social distance. These are the only things that can protect us from the highly contagious coronavirus. Putting on a mask is recommended while stepping outdoors. In fact, this can help in reducing the risk of infection by almost 50%.