Solid-state transformer (SST) is an advanced electrical energy device that provides a bi-directional power supply. This device has emerged as an effective solution to deal with problems faced in traditional transformers due to its additional benefits and effective performance. The rising adoption of SSTs in electrical and electronic projects is boosting the popularity and need for high-grade SSTs. 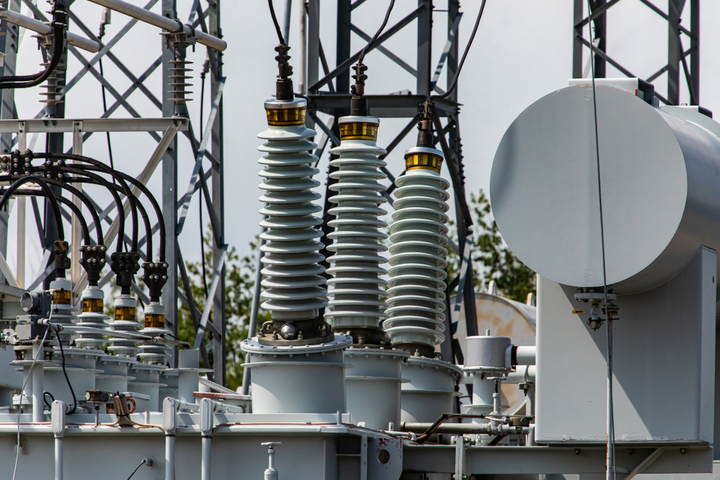 The expeditious revolution in the power electronic sector all across the world has triggered a common problem, which is the implementation of nonlinear loads. Nonlinear loads work as a source of harmonic currents that flow to other loads or even sources, producing undesirable performance in their functioning. This hugely hampers the quality of power systems and subsequently on the efficiency of power sources. These days, conventional transformers are only capable of increasing or decreasing the voltage levels, they are not efficient enough to cope with power quality events, for instance, sag, harmonics, swell, and others. As a result, the need for integrating an adaptable smart device to cope with the challenges faced in power electronics arena has increased. The introduction of a solid-state transformer (SST) with the topology of multilevel cascade H bridge converter has emerged as an effective solution to deal with all these problems.

What is a Solid-state transformer (SST)?

Solid-state transformers also acknowledged as “smart transformers,” are advanced electrical energy devices that provide bi-directional power flow. It is a technology integrated with a transformer power control circuitry and electronics converters. Usually, an SST comprises of a transformer, within the DC-to-DC or AC-to-AC converter, which offers electrical isolation and transmits the complete power. An SST can actively control the current and voltage. Some SSTs can alter single-phase to three-phase power and the other way round. Even though an SST is more complex than a conventional converter, it is more proficient and smaller in size than the conventional transformer.

SST is an evolving technology that offers low weight, low volume, fault isolation, and other features. This device is flexible enough to perform numerous complex operations at various voltage levels with added benefits such as more efficient and lighter than the conventional power transformers and their counterparts.

The concept of SST is not only advantageous for smart networks but also other industrial applications. There have been effective as well as successful attempts of implementing SSTs for traction procedures like railway transport, remotely operated vehicles (e.g., in submarines for deepwater investigation), and ship propulsion. There is a wide range of application areas in which SSTs have shown performance as a practicable alternative; as a result, at times, this device is also known as the future “energy router.”

Numerous electronic device companies are working on technologies that can substitute huge traditional power transformers with power semiconductors and compact transformers assembled on circuit boards. These days, SSTs are more and more used in the electrical industry in applications like power grids, generation of alternative power, and traction locomotives. In addition, growing preference for smart grids and renewable energy sources such as solar, tidal, and wind power in the last few years is boosting the need for SSTs. Moreover, SSTs have shown promising results in a load or distribution grid and a power generation source for energy.

Furthermore, SSTs are used in numerous offshore energy generation applications for eradicating downsides and issues of traditional transformers such as performance deprivation, under system disruptions and overload, high sensitivity to harmonics, voltage drop under load smart grids in power quality issues, and phase imbalance. Therefore, the growing uses of SSTs in these application areas is expected to augment the demand for SST in the coming years.

The Way Ahead for Solid-State Transformers

Growing number of data centers due to increasing demand for supporting architectures has turned out to be a huge trend in the power electronics world. For instance, Huawei, a foremost worldwide provider of information and communications technology (ICT) infrastructure and smart devices, has declared to develop two data centers in South Africa since March 2019, with an aim to spread cloud services all over Africa.

Many companies are profoundly investing a large portion of their revenues in opening new data centers. SSTs are progressively being used in data centers to perform numerous jobs such as maintenance of power conditioning and cooling systems. Moreover, SSTs deliver better control over reactive power, current, and voltage of data center power supply and also reduce power loss. They also eradicate the necessity of additional devices like power conditioners. Benefits of SSTs help in building efficient and well-structured data centers.

According to a report by Research Dive, the global solid state transformer (SST) industry   revenue is expected to beat $1,246.5 million by 2027, by growing at a striking growth rate of 26.0% CAGR despite the turmoil created during the COVID-19 crisis. In a nutshell, the solid-state transformers technology is likely to show promising results in various application areas in the electrical and electronic landscape.