Software-defined perimeter (SDP) is an innovative approach which helps in protecting access to business applications and keeping them safe from cybercriminals. Having a secured SDP system installed has become way more important nowadays as the cloud-based applications are now easily accessible. 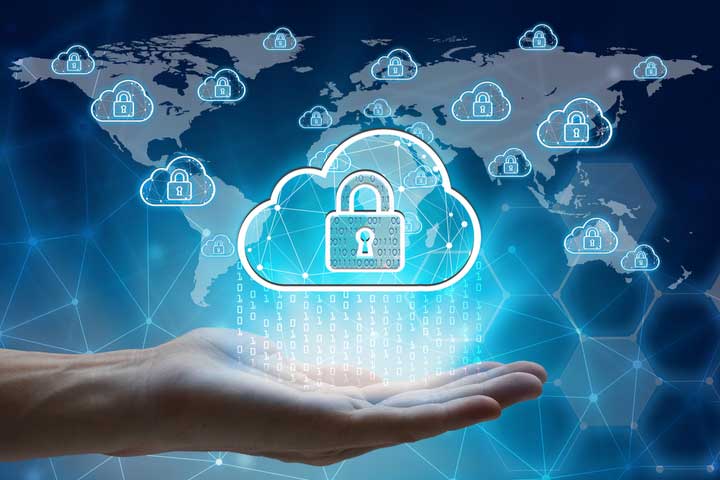 What is Software-Defined Perimeter?

Software-defined perimeter (SDP) is an innovative approach which helps in protecting access to business applications and keeping them safe from cybercriminals. Having a secured SDP system installed has become way more important nowadays as the cloud-based applications are now easily accessible. The structure of SDP is based on the "need to know" model of U.S. Department of Defense. According to this model, anyone trying to access a given organization, must get the authorization and authentication from the system itself.

The software-defined perimeter is composed of three main components: controller, gateway, and client. The functions of these three components are described below:

Controller: The main component of SDP is the controller. It comprises the details of the authorized clients and servers, provides the details of rules to the gateway and controls the authentication of each component. The controller uses a database for all of the above function. The database includes the facts and detailed information of all the hosts involved, right before it is sent to the gateway. These hosts are given certificates as a proof of authentication.

Gateway: The gateway imposes the rules averting any unsanctioned access to the service hidden behind it. The gateway blocks all the traffic by default. However, once the controller provides the list of authorized initiating (clients) and accepting hosts (servers) and the list of services, the gateway sets up rules which establish a connection between the two, meanwhile preventing all other traffic.

Client: The client is the outside mechanism trying to access a particular service. In SDP, the client first connects to the controller and informs it about the service it wishes to access. Once the verification gets completed, it attempts to connect to the service hidden behind the gateway. The gateway then allows the connection request to go through. In this way, the client-server becomes able to access the data. In all possibility, the connection should not be reset after it’s established once, until specifically requested.

Software-Defined Perimeters are used to decrease the probabilities of network-based attacks, including man-in-the-middle attacks, server vulnerabilities and lateral movement attacks, and denial-of-service attacks. There are many different benefits of SDP implementation. They are:
1.    SDPs support a diverse range of devices:
The software-defined perimeter can authenticate mobile devices, PCs and laptops, and internet of things (IoT) devices. However, SDPs make sure that connections aren’t instigated from unlawful or invalid devices.
2.    SDPs follow a wider risk-based policy:
These systems make access decisions based on numerous risk criteria, including malware outbreaks, threat intelligence, new software and more.
3.    SDPs restrict broad network access:
SDPs prohibit individual entities from accessing broad networking segments. Only devices get access to the specific services and hosts that are allowed by policy. This minimizes the network attack surface, forbids port and vulnerability scanning by malicious users or malicious software.
4.    SDPs help to connect anything:
This framework enables connectivity to only the IT resources required by employees without the clumsy management requirements or increasing hardware costs.
5.    SDPs enable control of applications, services, and access:
SDP software monitors proficiently which applications and devices are allowed to access the specified services. This restricts the attack surface and stops malicious users or malware from connecting to resources.

A Walk Through the Importance and Benefits of Zero Trust Security

A Concise Outlook on the Space as a Service Concept: Its Advantages and Challenges