Precious Metals E-Waste Recovery as a Means for Better Sustainability

Humans have been at the centre of new discoveries and inventions for centuries, which provided a major boost to the industrial revolution. But, with the rapid progress of industries, disposal of e-waste has been on the rise. But, to help the environment sustain, it requires one thing and that is recycling of e-waste. 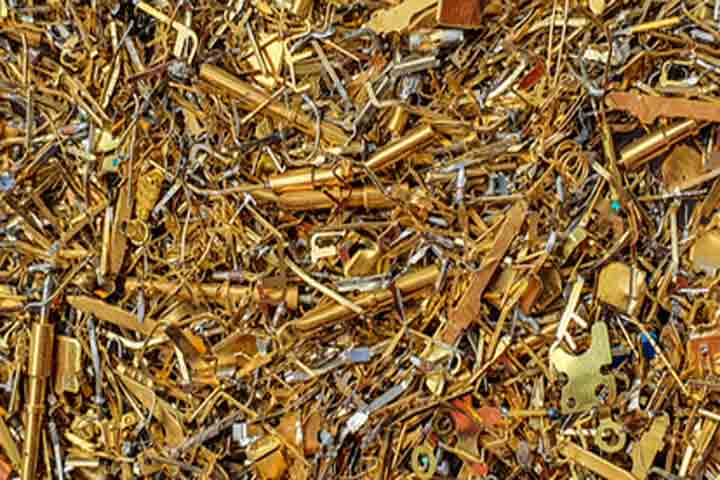 Over the ages, the world has seen various discoveries including metals, which led to the different ages such as the golden age, silver age, iron age, and the bronze age. This further led to the creation of industries which gave rise to the industrial revolution. The various workshops and industries have made the production of electronic equipment easier and more effective. Consumers have since witnessed their lives becoming simpler due to the availability of easy-to-use equipment at their disposal. But, when the products are used up completely and have to be disposed of, they can be used in a better way. Many of these equipment contain a mix of precious and semi-precious metals which can be extracted using various methods.

Many industries also work on extracting these metals to reuse in other equipment. This is primarily done to meet the rising demand in the industrialization process. Many daily use objects such as batteries, telephones, televisions, and even the larger equipment such as aircrafts contain a mixture of various metals. Household items such as cameras contain silver that can be extracted from the films or even from glasses and mirrors. In other industries, the catalytic converters that are used to refine crude oil can produce metals belonging to the platinum group.

E-waste Recycling as form of Protection for the Environment

With over 7 billion people living in the world today, each one of them buys a new piece of equipment and upon using it for a couple of years, exchanges it for an upgraded version of the same. Constantly evolving technology has been a boon for the convenience of people, but nature has had to bear the brunt of the disposals. It is said, that over the years, the world has discarded e-waste measuring over 50 million tonnes each year, out of which unfortunately only 20% is properly recycled.

Today, the world has patches of landfills that are filled with e-waste that over time is disintegrating into a harmful concoction of fumes and molten metal. The same, then seeps into the soil contaminating it further, dropping down to the underground water source which ends up in nearby water bodies. It is a continuous circle of damage to the environment. This makes it imperative to ensure proper recycling of e-waste, which also has various benefits.

How Does the E-waste Recycling Process Work?

The process of recycling varies all around the world. The initial stages require collection of e-waste from their sources. Today, there are various organizations that collect e-waste free of cost and supply it to the nearest recycling plant. Over here, the equipment are sorted into piles according to their kind – for example: phones in a separate section, while laptops are in another and carking kits in another. Upon segregating them into sections, the objects are then dismantled and each of their pieces are further sorted into piles.

The other metals are then sent into the crusher which also contains a powerful magnet. When the items are crushed, the magnet separates the metal from the plastic which may be used in its making. The metal is then taken to a separate section to be used in the further process. Many metallic objects are also smelted to separate them into individual metals. It is an extensive process, and to implement it worldwide, will require years but by building awareness, there will be more priority given to recycling rather than disposing.

Over the years the increasing accuracy of technology has also ensured the benefit of the recycling sector as well. It is estimated that many modern organizations are able to extract over 95% of gold compared to the crude process that’s still used in many developing countries. According to the latest published by Research Dive, the global precious metals e-waste recovery market gained revenue of over 12,636.3 million at a CAGR of 4.7 million in 2027. This makes it even more important to spread the word about efficient ways of recycling and how e-waste rather than damaging and harming the environment, can in fact change it for the better.

COVID-19 and its Effects on the Market

The ongoing pandemic has been one of the biggest causes for organizations losing their position in the market, while also facing immense losses. The lockdown especially was responsible for the disruption of the supply chain as most factories and industries were shut which also affected the global precious metals E-waste recovery market. But, the industry was eventually able to recover and continues to do so in the post lockdown period.

Technical Ceramics: The Efficient Materials that Act as a Keystone for Revolutionary Developments