Plant-based Meat: Are they Healthier than the Traditional Meat?

Plant-based meat is going to change the eating habits of people in near future. They are delicious and considered as a replacement for meats for the vegans or vegetarians. These products are also has many health benefits. 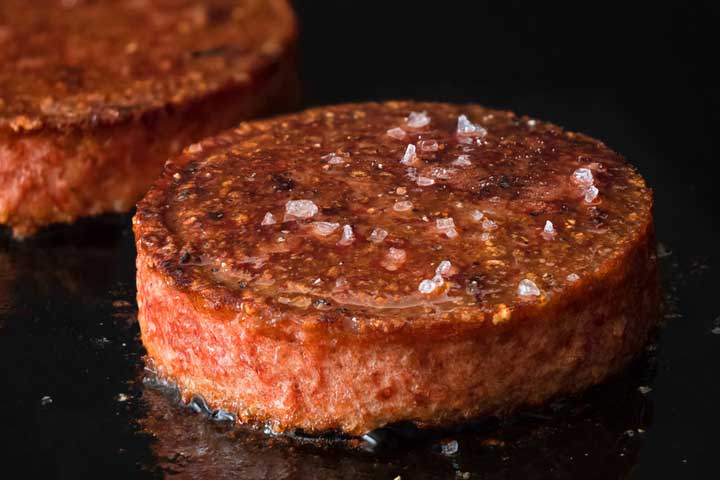 Plant based meat is still a new thing in the flourishing food industry. Being precise, plant-based meat  is made from plants. This type of meat is designed and created mirroring the taste, texture, and looks of the traditional meat. Plant-based meat is used in the form of a burger, nuggets, crumbles, and sausages making it more popular food worldwide.

These are considered as a veggie-based alternatives for the vegans and vegetarians. Another interesting fact about these plant based meat products is that they are also found in the meat aisles in many supermarkets. This makes it pretty obvious that the meat-making companies are just not trying to attract the vegetarians, they are also coming after the meat-lover non-vegetarians.

Americans consume a huge amount of red meat each year. According to a study by US Department of Agriculture, in the year 2018, the average American consumed 222.4 pounds of red meat. This consumption is more than five times the amount of red meat, the experts at The World Cancer Research Fund recommends as part of a healthy diet.

According to the U.S. Department of Health & Human Services, too much of red meat consumption may result in increased risk of obesity, high cholesterol levels, colorectal cancer, cardiovascular disease, and heart disease.

On the contrary, the other natural and organic protein sources increase longevity, decrease the chances of developing critical diseases. Moreover, plant-based meats comes with no cholesterol. Therefore, plant based meat can be considered as a great way to consume the food one fond of, without disrupting health and well-being.

Below enlisted is some of the best plant-based meat options:

Heme is the special ingredient of Impossible Burger, which makes the burger flavored like actual beef. Heme is present in all plants and animals. Essential B vitamin is also used as an ingredient in these mouth-watering burgers.

Beyond Sausage resembles to the vivid, meaty delightfulness of a traditional sausage. It has all the benefits of a plant-based meal. This delicious sausage doesn’t contain any kind of nitrites, hormones, nitrates, gluten, or soy.

Although, Beyond Sausage brings in the sizzling and juicy deliciousness of pork sausage, it contain 38% less saturated fat, 43% less total fat, 26% less sodium, and 27% less calories compared to the traditional pork sausage. Hot Italian, Sweet Italian, and Original Bratwurst are the three flavors of Beyond Sausage.

Beyond Meat Burger is made with rice, pea, and mung bean protein. The red color of this meat burger is extracted from beets. Apple extract is another great ingredient that helps the patty change from red color to brown once cooked.

These Plant-based Nuggets are introduced by Tyson, Raised & Rooted as their newest options of "flexitarian" meat. The nuggets are made from golden flaxseed, pea protein isolate, egg whites, and bamboo.

Litelife has launched their new line of pork sausage substitute which is totally made out of plants.

One ready-to-serve Italian sausage contains 16 grams of protein, 3 grams of fiber, 220 calories, 12 grams of fat, and 500 milligrams of sodium.

These delicious sausages are now available at more than 7,500 stores nationwide. You can go shop them at Albertsons, Acme, Jewel, Vons, Pavilions, Haggen, Safeway, Wegmans, Fresh Thyme, Sprouts, and many more.

Looking for a chip with the taste of a bacon, which is made from vegetables? Your search ends here. Outstanding Foods has brought Pigout Pigless Bacon Chips which is made from oyster mushrooms. This Pigless Bacon chips is a gluten-free, vegan snack. A serving has 73% less saturated fat and 69% less sodium than cooked pork bacon. One scrap of chips has 210 milligrams of sodium, 160 calories, 4 grams of fiber, 10 grams of fat, and 2 grams of protein.

Impact Analysis of COVID-19 on the Industry

The coronavirus outbreak has brought some significantly positive impact to the plant-based meat industry. The supply chain disruption reduced the availability of fresh meat which increased the demand of the plant based meat during the lockdown. Another aspect is the concern of health and well-being while living under the shadow of a pandemic. As the root cause of the coronavirus is expected to be the animal meat, albeit of the exotic ones, people have become more careful while choosing the animal-sourced food.

The demand and fondness for plant-based meat is showing a promising future for this industry. The positive response from the consumer worldwide has depicted a healthy picture of the plant based meat industry. Plant-based meat has emerged as a savior for the people worldwide, when the drastic effects of climate change has become so severe. And this is a way for the world that is going to stay.

Obtain comprehensive insights on the Plant Based Meat Industry