Joe Biden took his oath in the white office as the 46th President of the United States of America. His presidency can help India benefit in various sectors including, IT, retail, pharma, and others. Besides, his presidency term is expected to have a progressive impact on the Indian economy. 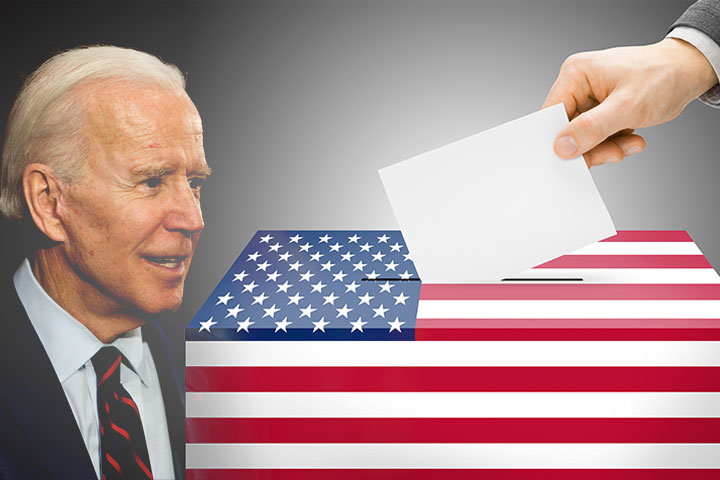 However, many analysts believe that the ‘Biden agenda’ will speed-up growth and send the stock market rolling.

The newly-elected President of the USA has set to work by signing nearly 17 executive orders on the very first day of his presidency. Listed below is a breakdown of how Joe Biden’s presidency can possibly impact different sectors.

Retail Sector: Large e-commerce players and big-box retailers are predicted to benefit as Joe Biden takes the reins of the world’s largest economy. The President’s proposed US $1.9 trillion economic rescue package might encourage weary consumers to splurge. With this, the higher-income Americans may foray into the big-ticked consumer items, while the lower-income families would make use of the relief checks to pay bills. Product categories such as home goods, auto parts, electronics, and food may witness a boost in demand.

Renewable Energy and Electric Vehicles: Joe Biden’s decision of being a part of the Paris climate accord can possibly benefit India with reference to alternative fuels. This will help the automotive industry as the companies are shifting towards electric vehicles and natural gas that will eventually reduce the use of fossil fuels.

IT Sector: Currently, the immigration system imposes a 7% per country quota on the allowance of legal residency. Joe Biden has already proposed to reduce per-country cap onto employment-based green cards. This move by the President is predicted to benefit IT professionals in India and other countries travelling to the United States on H1B visa.

Pharma Sector: Joe Biden’s administration is taking initiatives to make healthcare affordable with generic drugs. This is positive for Indian pharmaceutical companies owing to their global leadership in generic medicines.

The Potential Impact of Biden’s Presidency on Indian Economy

The change at the helm of the U.S. will not only have profound insinuations domestically but will also have a substantial bearing on the Indian economy. The US stocks rose gradually during and after the election, and this is a reason enough to suggest that the Indian equities might impersonate the trend seen in Wall Street. Besides, there are hopes for a strategic shift in India-US trade relations. The USA is among the few countries that India enjoys a current account surplus with. This means that India imports less and exports more to the United States.

Also, Joe Biden’s election manifesto discussions are inclined to increase the healthcare expenditure and the expansion of the Affordable Care Act (Obamacare). This could have significant implications to the pharmaceutical sector in India that exports sizeable quantities of generic drugs to the United States annually. Nevertheless, this will depend entirely on whether Joe Biden is capable of pushing through his flaunted policies in the US Senate.

Finally, the predominance of Joe Biden to the US’ top seat will certainly lead to the US rejoining the Paris Accord, which the Trump administration formally exited. In the face of the existential risk of the climate change, this could prove beneficial to India. Doors are now open to new avenues for technology-sharing and funding is possible in the realm of renewable energy.

Joe Biden’s win had a positive impact on US markets, Standard & Poor’s 500 Index (S&P 500) gained as much as 13% since the election results, which is the highest gain for any President from the period of election to the inauguration. Moreover, Wall Street rally has extended itself to European and Asian markets by now, and while the degree of recovery is not set in concrete yet, India and the whole world is looking forward to it.