Utility poles first became prevalent in the middle of the 19th century. At first, they had only one cable, then a number of them in urban areas. The electric pole, telephone pole, telegraph pole, power pole, or the utility pole is the pole or antenna on which the telephone network equipment is mounted. Different poles are often used for electrical cables (with pylons being used for higher voltage installations only) and the pole is often used for both electricity and contact lines. Utility poles are typically made of wood but vary greatly from country to country. A lot of modern utility pole types are steel and concrete, with composites (fiberglass) being used more commonly. 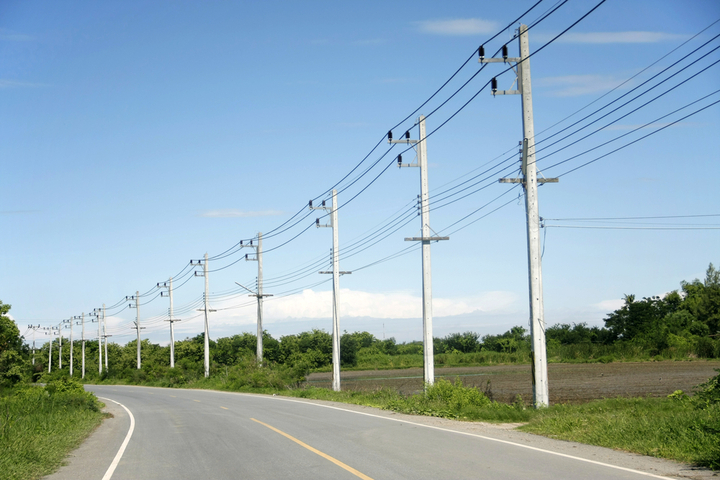 In some nations, such as the United Kingdom, poles have a series of brackets formed in a standard pattern up the pole to serve as hand and footholds for those operating on machinery or ties up the pole. The minimum height of the ground set by the Indian Electricity Rules is 20 feet high. The world's tallest power line suspension towers along the Chinese river, Yangtze in Jiangyin, measure 1,137 feet tall! The larger utility poles you see along main roads and highways reach 60 feet to more than 120 feet in height. The utility poles in the urban areas can be between 30-and 60-feet tall.

Aging utility poles, especially wooden ones, can pose a serious risk of electrocution in older cities and neighborhoods where they have not been conserved. Sadly, electricity companies sometimes place their bottom line ahead of the health and stretch the normal life span of their systems, far beyond what is secure and wise. Many utility poles are much older than their useful life expectancy, which is estimated to be around 50 or 60 years. Metal and concrete poles may last much longer than wood, but ultimately both utility poles need to be replaced.

Utility poles lines have more than just power and electricity and they have a lot of cables but not all of the cables bear power. Normally, the top three wires called the primary conductors to carry most of the power on the shaft. The next set of wires comprises secondary conductors along the utility pole. These usually deliver power to buildings and homes. The lowest cables are wires and telephone lines. The wires attached to the pole into the ground are labeled "guy wires."

There would be a lot of fried household appliances without the transformers. Transformers are used to reduce the voltage between primary and secondary lines. Lines that are wired to our households usually hold 120 or 240 volts. Typically, gigantic communication lines, hanging from metal lattice towers or very large concrete poles (you also see them in rural areas), can hold wires ranging between 150,000 and 300,000 volts or more. The volume of voltage carried by electrical wires – also referred to as "conductors" – can vary from a few thousand volts to more than 100,000 volts.

Some of the factors driving market growth in utility poles include increasing global energy consumption, the globalization of the global telecommunications industry and the acceptance of steel as a green commodity. Energy storage and delivery of power are two of the main uses of utility poles, where they play a significant role in maintaining utility networks and satisfying energy needs as per demand. In contrast, an increase in the demand for underground cables and wire networks is restricting the expansion of the global market. However, strict regulations against deforestation are projected to hinder global market development during the forecast period. According to ResearchDive, the market size of the global utility poles was reported at $45.6 billion in 2018 and is projected to reach $58.8 billion by 2026, rising at a CAGR of 3.2% from 2019 to 2026.

What is the Need of Vacuum Pressure Impregnation and How are VPI Transformers Better Than Other Dry-type Transformers?

What is Vacuum Pressure Impregnated (VPI) Transformer and How is It Better Than the Conventional Dry-type Transformer?

Preview an Exclusive Sample of the Report of Utility Pole Market