Impact of COVID-19 on the Global Market of Cheese Sauce

The global market of cheese sauce has been spiced up during the COVID-19 outbreak. This is mainly because of the increased demand of cheese sauce by majority of the household worldwide. The leading players of the market are taking various measures to survive and sustain the growth even after the pandemic. 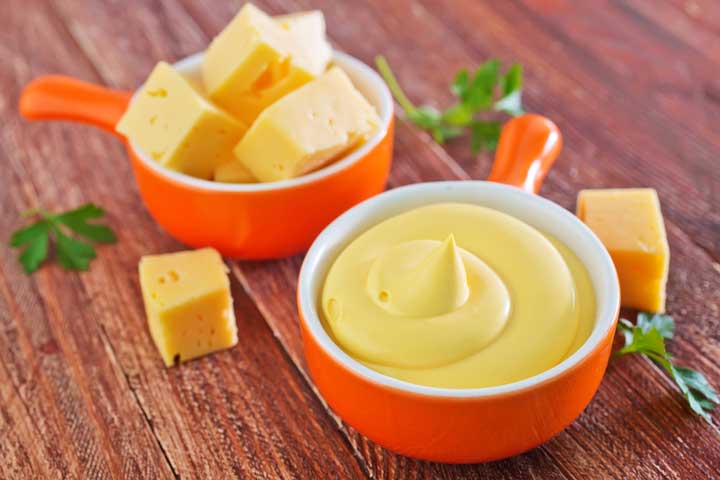 Cheese sauce or cheddar sauce is a popular sauce originated in Britain. It can be termed as a traditional English delicacy. Often it is considered as an English equal of the French Mornay sauce which is a variation of Béchamel sauce. Here’s a little chunk of history related to Béchamel to spice up the reading a bit:

Béchamel sauce, also referred to as white sauce, is said to be made for Louis XIV by Pierre de la Varenne, his personal chef. This recipe was found back as far as 1680.

At first, scalded milk was used thickened with butter and flour to make Béchamel sauce. Then, the French Mornay sauce, andvoilàthe cheese sauce was made by adding Parmesan and hard Gruyère. It was considered to be one of the first and most famous cheese sauce.

Cheese sauces can be served in many different forms with lots of regional dissimilarities. Some of the sauces are created with a white sauce or Béchamel which is thickened like flour. Eggs or cream are also used in many dishes. In other occasions they are just seasoned with wine or beer.

Increasing Demand of Cheese Sauce during the Lockdown Period

Since last few months, the COVID-19 outbreak has impacted the global economy in a drastic way. However, a few industries related to daily needs still sustaining growth. Research has forecasted that the cheese sauce market will witness a decent growth during and even after the COVID-19 pandemic.

The majority of the population has been stuck inside their homes as the nationwide lockdowns imposed by the Governments to curb the spread of the virus. People are engaged once again with their families and got enough time to re-discover their hobbies including cooking, gardening, and others.

This lockdown has increased the demand for cheese sauce as cheese is used in most of the delicacy dishes. There are instances when people are stocking up food ingredients for future need in a view of probable lack of food or an upcoming famine.

The manufacturers are experiencing great demand to scale up the capacity of production of cheese even during the lockdown, especially when the supply chain has almost come into a halt. Dairy companies are focusing more in helping the farmers to produce surplus milk, distribute to the distributors and then to the users. To meet the demand of consumer, many manufacturers have started to produce more cheese sauce with different types of flavors. The production of the flavored cheese sauces are also creating a greater opportunity for the industry during the pandemic. Moreover, governments are also taking various initiatives for increased obtainability of different FMCG products.

Like most other industries, the leading players of the cheese sauce market are focusing on research & development, innovative strategies, partnerships and collaborations in and out the pandemic period. Most of the manufacturers and producers are making continuous improvements in the cheese sauce variants to increase the shelf life of the product. As the offline food chains are completely shut down in most of the regions and countries, many manufacturers have witnessed loss and downfall. To survive this situation, they are transferring the sales to the online channels.

Some Instances of Collaborations and Other Strategies

A great initiative by Britain has come to the forefront recently. The initiative is mainly focused on creating a ‘British cheese weekender’ to purchase the cheese from the cheese maker and independent retailers. This is collaborative project which aims at showcasing cheeses with a series of free online events and thus increasing the sales of cheeses.

Another news is about Epcot in Disney World, well-known for its delicious food. This a theme park which is a home to the World Showcase, featuring replicas of 11 different countries. Recently, on May 3, 2020 the Disney Parks blog has released a recipe for the cheddar-cheese soup that’s typically found at Le Cellier Steakhouse in Epcot’s version of Canada. This is one good news of the American delicacy lovers, indeed!

The global cheese sauce market is going to experience a positive growth even after the pandemic. A recent report by Research Dive has estimated that the market will generate a revenue of approx. $1,492.9 million by 2026 during the post-pandemic period.

Preview an Exclusive Sample of the Report of Cheese Sauce Market