How is the World, Including India, Taking Actions to Combat the Deadly Second Wave of COVID-19?

The number of new COVID-19 cases across the globe has nearly doubled over the last two months, with the highest infection rate ever since the pandemic. India is the worst hit country due to the second wave of COVID-19. Various countries across the globe are taking measures to curb the spread of the contagious virus. 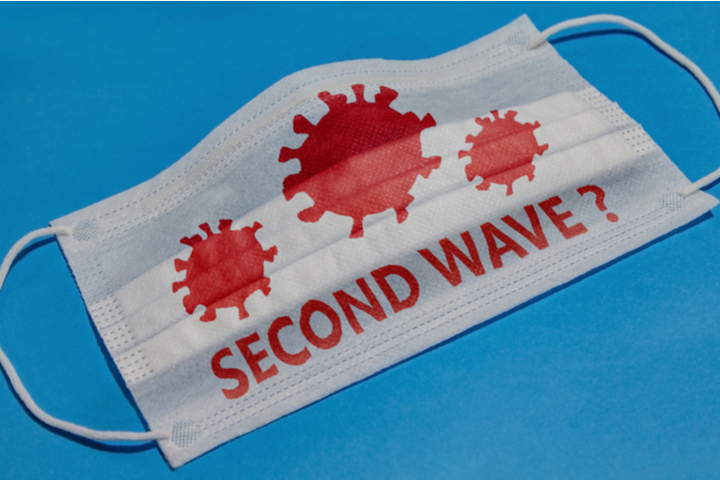 At the beginning of the new year, the world seemed to be doing well in managing the COVID-19 crisis and people were seeing the crisis to end soon. Things were nearly getting normalized across the globe until the second wave of COVID-19 hit hard. Experts had already predicted the second wave of cases, which is a pattern commonly seen in other virus pandemics. With the cases rising uncontrollably, the death rates are going up and world’s economy is noticing a decline.

India is the worst hit country due to the second wave of COVID-19. The health ministry of India recently releases data on genome sequencing of about 10,787 samples from 18 states which showed 7.1% (771) cases of known variants. Of these, one case had Brazilian variant, 4.4% were the South African variant, and 95.4% were the UK variants. A new variant of concern, which is a double mutant with two mutations L425R and E484Q were found in 206 samples from Maharashtra, Delhi, Gujarat, and Punjab.

A number of Indian scientists from the most renowned research centers and institutes have studied and suggested the distinctive factors that can be used to trace this sharp and sudden rise of active COVID-19 cases in India.

The worst-hit states due to the increasing new cases of COVID-19 include Maharashtra, Kerala, Karnataka, Delhi, Tamil Nadu, Chhattisgarh, and Haryana. These states are at high risk despite the extensive vaccination drives and rapid testing being undertaken by the government. The daily record of infected people is exceeding the count of last year. The state governments have started taking actions to take control over the situation in many ways.

How the Rest of the World is Dealing with the Second Wave in India?

According to the World Health Organization (WHO), the number of new COVID-19 cases across the globe has nearly doubled over the last two months, with the highest infection rate ever since the pandemic. New cases and deaths are continuing to surge at worrying rates, and certain countries that had formerly avoided widespread transmission are now witnessing steep increases in infections. Some of the countries dealing with the second wave are listed below.

Which Markets are Witnessing Booming Growth During Pandemic?

Though the outbreak of COVID-19 has affected many industries and markets, there are some markets that are flourishing during the crisis. The healthcare, banking & finance, and ICT & media are some of the industries that are booming in these unprecedented times due to increasing demand for ventilators, face masks, digital banking, and many more. For instance, according to Research Dive, the global protective face masks market was estimated to grow at a CAGR of 10.2% from 2020 to 2027 before COVID-19 crisis, and now the market is predicted to rise at a CAGR of 10.8% and generate a revenue of $ 2,467.5 by 2027 after the pandemic.

The global digital banking market is projected to grow at a 10.0% CAGR and generate a revenue of $1,702.4 billion by 2026. The market has witnessed a 1.0% spike in growth rate after the pandemic as compared to earlier predictions.

As the world is facing the threat of a deadlier and devastating second wave of the coronavirus, people need to be more careful, rise up to the occasion, give each other more space, physically, get vaccinated, and be masked at all times to combat this severe disease. It is critical to remember the need of being responsible along with being positive during the crisis. Let’s hope that the crisis ends soon.