How Flame-Retardant Protective Wear is Different from Flame-Resistant Clothing

Flame-retardant protective wear and flame-resistant clothing differ a lot in several aspects like type of fabric used, cost, etc. These factors, along with the degree and frequency of exposure to fire, should be taken into consideration while deciding which of the two fire-protection clothing wears should be opted. The comfort level provided by these protective clothing items is also an important deciding factor. 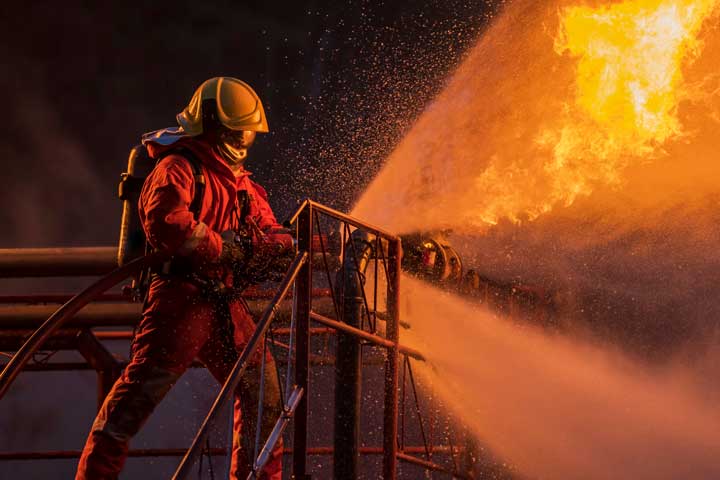 Many a times, seemingly similar words have a lot of difference between them, as to what they exactly mean. Flame-resistant and flame-retardant clothing is one such example. Though their main objective of reducing the chances of getting severe burn injuries is the same, flame-retardant protective wear is very much different from flame- or fire-resistant clothing.

The main difference between flame-retardant protective wear and flame-resistant clothing lies in the type of fabric used. Flame-resistant fabric is essentially resistant to fire and is inherently capable of self-extinguishing. Thus, even if the fabric does catch fire in certain extraordinary cases, it doesn’t continue burning for a long time, and hence protects the wearer from severe burn injuries. Flame-retardant protective wear is, on the other hand, made from normal fiber which is capable of catching fire. However, once the clothing is manufactured, it is chemically treated so as to impart it fire-resisting properties. Also, flame-retardant clothing is sewn in a specific manner in order to restrict the spread of flames in case the fabric catches fire.

Due to the wide differences but same objectives, deciding which clothing item to opt for becomes a tricky job for the company. In such a case, the nature of the job is the most important factor that should be taken into consideration while opting for a particular type of fire-protection clothing. This is because the degree of exposure, the frequency of the exposure, and the time for which the wearer will be exposed to fire will differ with each job and that will help in determining whether the worker should wear flame-resistant or flame-retardant protective wear. Apart from this, the company’s budget to fund these clothing items along with other protective gear will also determine the type of clothing workers are provided with. The weight of these two protective wears also differs significantly; hence, the comfort level of the wearer also becomes an important factor while deciding which fire-protective wear to opt for.

How Flame-Retardant Protective Wear is Different from Flame-Resistant Clothing