First Folding iPhone to be Launched in September 2022

After much research and development, the tech giant, Apple is going to release its much-awaited folding iPhone soon. The company is working towards developing the perfect technology and features for the prospective iPhone. 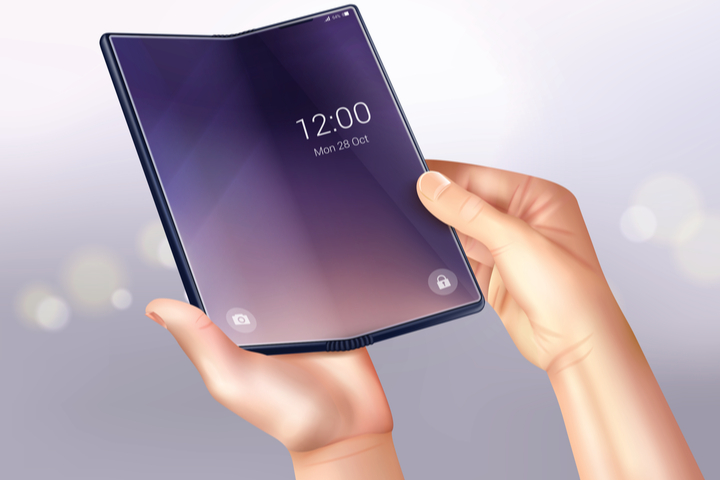 Smartphone technicians are always seeking for new innovative solutions to bring in bigger and sleeker displays for a better consumer experience. Inevitably, foldable phone was the answer. After numerous researches and many hindrances, in late 2019 foldable smartphones entered the market. Samsung, Motorola, and Microsoft are the frontrunners in the race of launching folding phones. Astonishingly, Apple, the inventor of the modern-day essential smartphone, was out of the scene till now.

There are many obvious reasons why Apple didn’t enter the foldable phone market until now. First, foldable phones are out in the market barely for a year or so and many of them are not getting good reviews. Many software bugs, jaded camera, breaking screen were reported which makes it clear that foldable phones are not yet ready to attract mainstream consumers. Another probable reason is that Apple may have been waiting for a category of a folding phone to be matured enough before implementing it on its own research.

What’s in the News about the Foldable iPhone?

As per a recent update, Apple has started the production of its first folding iPhone. The report mentions that a company named Cupertino is going to launch the first foldable iPhone in September 2022. The company is in active discussion about the material supply from Taiwan – Hon Hai and Nippon. Furthermore, the report hints that first foldable phone by the tech giant may use the OLED or MicroLED screen technology. The display panel will be obtained from Samsung. Cupertino is currently focusing on the process of screen testing and the results of the first foldable iPhone.

In the patent application, Apple has mentioned about its main concern-- protection of display. Protection is the main problem with supple displays. As glass is easily breakable, and vulnerable to fold, the subtle components of a display are safeguarded by a bendable plastic layer with environmental influences when it comes to folding displays. The durability of this plastic coating will be known after the displays are used extensively.

Temperatures is another great concern for these iPhones. As mentioned in the patent description, the resistance of the display film gets increased by low temperatures, making it hard to bend. It also increases the chances of damaging the display.

As a solution to this problem, Apple has proposed to use heating components which will be in-built in the display. The high temperatures of these components will heat the display plastic and keep it agile. Sensors will observe the warmness of the display before activating the heating on the display.

But, a heater in the display won’t be quite practical. Apple is also not convinced about this idea. Another suggestion is to generate the heat automatically through the screen radiance. The built-in software would then show a warning in case the display is not enough warm to fold. Securing the display with a magnet and freeing it only when a conforming temperature is perceived can be another idea.

As per mentioned by Indo-Asian News Service, the first foldable iPhone predicted to come with approximately 8GB of RAM and storage of 256GB. The starting price will be almost $1,499.

This is not the first patent by Apple to develop folding iPhone. The tech giant has been investing on inventing technologies for a flawless folding iPhone since 2014. The first patents for such a smart device were released in Europe. Following this, more Apple patents were made public in 2016 and 2017.

As per the news, Foxconn is going to perform supposedly over 100,000 inaugural and finishing tests for the folding iPhone. For laptops, the number of such tests remains between 20,000 and 30,000 which is considerably higher. This is because folding feature of phones are extensively used more often than laptops.