Conducting polymers (CPs) are complex dynamic structures that fascinate the minds of those involved in intelligent materials’ researches. They hold numerous benefits as compared to the non-conducting polymers, mostly due to their optic and electronic properties. Recently, a fairly broad arena of mesmerizing applications of CPs has been evolving. 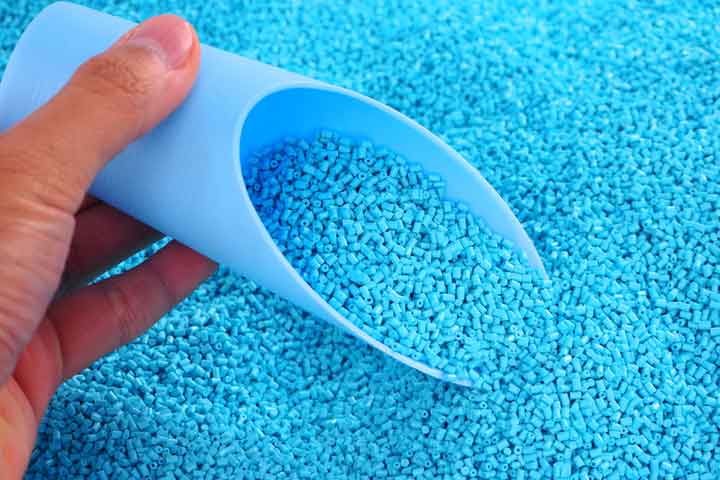 Conductive polymers (CPs) have been reconnoitered since the last few decades as both an alternative to metallic interfaces within biomedical equipment and as a technique of conveying electroactivity to usually passive devices (such as tissue scaffolds). The primary issues pertaining to the solubility and stability of electrical conductivity conducting polymers have largely been resolved with several chemical perceptions and experimentations. At the present moment in time, a fairly broad arena of fascinating applications of CPs is evolving.

What are Conducting polymers (CPs)?

Conducting polymers (CPs) are complex dynamic structures that fascinate the minds of those involved in intelligent materials’ researches. They are an exhilarating, innovative class of electronic materials, which have grabbed a growing interest ever since their discovery in 1977. Polypyrrole, polythiophene, and polyanilines are some of the examples of widely used CPs.

The electrical conductivity mechanism of CPs depends on the transmission of bipolarons and polarons. The production of CPs can be done using electrochemical polymerisation, which is more forthright than traditional chemical processes.

In addition, the implementation of electrical stimuli can lead to major alterations in the electrical, chemical, and mechanical properties of CPs. These complex properties can be managed only with the proper understanding of the nature of the procedures that control them in the course of the production of the CPs. Moreover, the point to which these properties are altered by the implementation of an electrical stimulus also plays a major role in proper controlling of the CPs. Polyaniline and its derivative are among the most vital CP, having numerous applications, for instance in OLEDs (organic light emitting diodes).

CPs have several benefits over the non-conducting polymers, which are mainly owing to their optic and electronic properties. Moreover, they have been used in the fabrication of electronic devices, artificial muscles, solar energy conversion systems, rechargeable batteries, and sensors. Here are some of the fascinating applications of CPs in different areas:

The present drug-delivery systems are efficient in the controlled release of drugs. The development of innovative drug-delivery methods will unwrap advanced ways that were earlier not available in the old-style oral formulations. The usage of CPs in the field of bioanalytical sciences is of enormous interest ever since their biocompatibility has unlocked the likelihood of using them in in-vivo biosensor uses for nonstop monitoring of medications or metabolites in biological fluids, or as a way of unveiling the area to a variety of new analytes.

Bioactuator is a device that creates mechanical force, which can be used as artificial muscles. The occurrence of alteration in the volume of the CP framework with the application of electrical stimulation has been used in the development of bioactuators. In an artificial muscle, two layers of CP are employed in a three-layered arrangement, where the central layer consists of a non-conductive material. When electrical stimulation is applied over the two CP layers, one of the layers gets oxidized and the other gets reduced.

CPs have been extensively utilized in biomedical applications owing to their compatibility, conductivity, and low-cost process ability. Furthermore, as compared with semiconductor materials or traditional metals, CPs are more bio-compatible. Hence, CPs are one of the preferred topics for bioengineering scientists.

The Way Ahead for Conductive Polymers

CPs are one of the evolving materials and their latent can be used across varied arenas including energy conversion, biomedicine, energy storage, and many more. In addition, rapid development in the consumer electronics sector as well as the automotive sector are boosting the demand for CPs. As per a report by Research Dive, the global conductive polymer market  is predicted to hit $7,118.5 million by 2027. Moreover, a rise in the government initiatives, for instance, “go green initiative” is anticipated to unlock rewarding opportunity for the global conductive polymer market growth in the coming years. However, the present market conditions have deteriorated due to the advent of novel coronavirus pandemic. The cessation of numerous end-use industrial activities in automotive, consumer electronics, and other sectors have declined the demand for CPs since the past few months. But as the lockdown restrictions are tamed and the industries resume their normal functioning, the demand for CPs is sure to fuel in the near future.

Technical Ceramics: The Efficient Materials that Act as a Keystone for Revolutionary Developments

Preview an Exclusive Sample of the Report of Conductive Polymer Market