Blessings of Globalization in International Integrity and Impact of COVID-19

The spread of coronavirus has significantly impacted the concept of globalization. Although for a limited period of time, the lockdowns throughout nations have endangered and even broken the backbone of global economy. 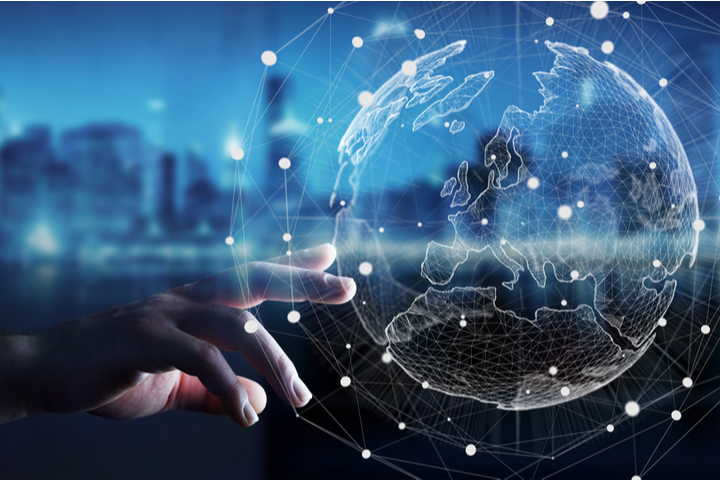 History repeats itself. 1918 was that time of history when humanity experienced the worst pandemic which took more than 50million lives around the world. It was called the Spanish flu. This tragic episode of history has been repeated a century later with the outbreak of coronavirus in the current year. Developing its root in Wuhan, China, the COVID-19 outbreak has been termed the most critical global health crisis since the Spanish Flu of 1918.

Coronavirus outbreak has raised many questions regarding globalization. Some publications even published ‘obituaries’ for globalization in the earlier months of the lockdowns.

The Economist has gone even far and quoted, “Wave goodbye to the greatest era of globalization—and worry about what is going to take its place”.

The present-day world is dominated by information technology which has helped reducing the expenses related to moving ideas across borders of different countries. It has been an easier way for the multinational companies to move the labor-intensive work to the developing nations. These firms dispatched their managerial, marketing, and technical know-how overseas with the help of information technology.

The visionary power of globalization has taken a hold of the world’s economic order during the past three decades. The practice of globalization enabled seamless global communication in real-time, international travel with easy or no visas, trade without tariffs, capital flows without obstacles, cross-border pipelines and energy grids. The world was moving towards becoming a global village with all the digital charismas and innovations. The crisis has revealed the disadvantages of all-embracing international integration by validating the nationwide lockdowns and restrictions on travel and logistics.

Emergence of COVID-19 and its Impact on Globalization

The coronavirus pandemic has resulted in the fastest and largest decline in the international integrity that modern history has witnessed. According to a rough estimation, merchandise trade has witnessed a decline of 13-32%, foreign direct investment has experienced a reduction of 30-40%, and a decrease of 44-80% has been recorded in the number of international airline passengers till the first few months of the outbreak. These figures indicate a major downfall in the recent gain factors of globalization.

How Has Global Trade and Travel Been Affected due to the COVID-19 Pandemic?

Most damage has been done to international travel. Tourism contributes most revenue to the global economy. Likewise, business travel aids international trade and investment. Almost every country has declared a total lockdown and almost 45% of these countries have closed their borders for any type of international travel in the month of April.

According to the United Nations World Tourism Organization, every country in the world had imposed entry and departure restriction. The international air passenger travel witnessed a drastic downfall during the first few months of 2020 like never before. Global airlines such as Virgin Australia, Colombia’s Avianca, Chile’s LATAM, and Britain’s Flybe airlines were bankrupt.

This downfall in global travel and tourism industry has not only affected hotels and other related industries, but it has also become a major threat for some of the small country national wildlife conservation efforts. This is because such places are run by tourist revenue.

Not All is Lost

This downfall is not necessarily a signal of the fundamental collapse of international market integration. There are many industries including healthcare, Over-the-Top (OTT) platforms, 5G infrastructure, food and beverages industry, indoor gaming industry, online shopping platforms which have experienced significant growth during this crisis and stopped the falling rate of the global economy.

Initiatives Taken by International Organizations to Support the Post-Pandemic Life

As we approach the end of the year, the world has reached the tragic milestone of more than 30 million deaths and unbearable socio-economic collapse. The International Labor Organization estimates that 400 million jobs could be lost till date. As per a projection by The World Bank, a US$110 billion decline in remittances has been recorded this year. This leads to the tragic epiphany that almost 800 million people are being deprived of their basic needs in current situation.

United Nations Development Program (UNDP) has come forward to help countries--poor and developing--with a mission to effectively respond to the negative impacts of COVID-19. Other missions of the organization include eradicating poverty, reducing inequalities, and build resilience to crises and shocks caused by the pandemic.

UNDP is also being the mirror to the decision-makers of the world to look beyond a post-pandemic era, towards 2030. It is supporting the government bodies in making choices, managing intricacy and indecision in four of the most important areas which include digital disruption, green economy, governance, and social protection.

Apart from this, developed countries are taking many initiatives to regain the grip in the falling economy. For example, the USA has made an announcement that a $2 trillion economic package (which is nearly 10% of the GDP of the country) has been allotted the for post pandemic reconstruction. Other countries will get the help of the Special Drawing Rights (SDR) of International Monetary Fund.

The Post-Pandemic Era: Will there be Hope or Despair for ‘Globalization’?

Many researches and economic indicators have made predictions about the restoration of the economy after the pandemic. However, still no one is capable of predicting the end of the pandemic. As everyone waits for the arrival of the vaccine for the disease, we can be sure that the pandemic will be over by the mid quarter of 2021.

With the ease of restrictions and introduction to various policies, the global economy is expected to regain its grip any time sooner.

However, policies such as domestic self-sufficiency policies will definitely try to act as the toughest challenge for the international diversification. Yet, such policies are nearly not able to end the economic globalization. It is very much possible that the economic globalization will lose a great amount of support from the global community. However, it will be far from realistic to predict that there will be a sudden collapse in the all-sophisticated global supply chains. Time will give all the answers to these riveting questions.