Blockchain is a distributed ledger technology that facilitates peer-to-peer connections. When pooled with Internet of Things (IoT), it can support machine-to-machine connections as well. The efficiency blockchain in addressing scalability and security issues in IoT demonstrates the ideal basis for launching more and more blockchain IoT systems. 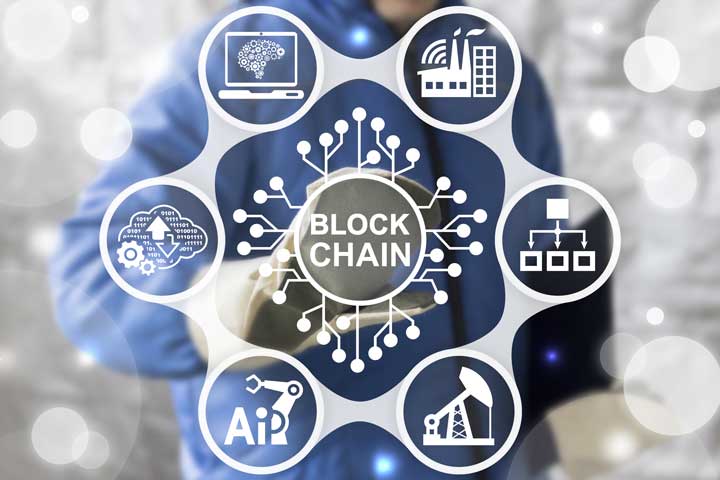 Blockchain and Internet of Things (IoT) are two of the technologies holding a conspicuous position in the digital transformation in the present world. Nevertheless, is it wise to think of a combination of both?

Blockchain has gone through a gigantic rise in publicity and then traversed the trench of discouragement, and it may eventually get ready for the skyward rise once more. Similar applies for IoT, which is stuck in disputes of secrecy and safety concerns. Therefore, it is absolutely perplexing for a business to pool together both these technologies and implement them for bringing value to customers and involved companies. So, how well can blockchain and IoT get along and do wonders in this digital world?

The IoT technology has certainly evolved as one of the best inventions in the conventional techniques used in business processes. For instance, the inventions of sensors along with other power devices and associated systems have renovated numerous business processes in various industrial verticals. However, the launch of novel and ground-breaking IoT devices has created challenges for several businesses in terms of data security. Additionally, the significantly surged number of connected devices in the course of time has led to a potential rise in the intricacy of information security. Blockchain possibly will play a key role in resolving the safety and security concerns associated with IoT systems.

How Can the Blockchain Technology Power IoT?

Basically, blockchain is a distributed ledger technology that facilitates peer-to-peer connections. When pooled with IoT, it can support machine-to-machine connections as well. The efficiency of blockchain IoT combination relies greatly on an understanding of the outcome it produces.

However, data security is one of the challenging issues in IoT, which has hindered its deployment over an extensive range of projects. Furthermore, IoT systems are vulnerable to distributed denial-of-service (DDoS) attacks. Also, prevailing IoT networks can witness scalability issues. As IoT systems are gradually becoming vital parts of the people’s everyday lives, it is imperative for businesses to resolve the scalability and security issues associated with the technology.

Benefits of Combining Blockchain and IoT

The efficiency of blockchain in addressing scalability and security issues in IoT demonstrates the ideal basis for launching more and more blockchain IoT systems. IoT networks are able to carry out data transactions through numerous devices under the rights and management of several businesses. Therefore, it might be tough to recognize the source of any data leakage in occurrence of cyber-attacks. Blockchain can provide a perfect way-out to these problems in the below mentioned ways.

Blockchain eliminates security barriers by offering another layer of protection by guaranteeing the limited likelihoods for overwriting existing data records and preventing cyber-attacks. It also develops transparency by granting the users with authorization to access the network and transaction history.

Blockchain can aid IoT by developing trust of users in devices and networks. The distributed ledger in blockchain is tamper-proof or immutable, which eliminates the feeling of distrust amongst involved parties. Furthermore, blockchain can decrease the threats related with tampering & collusion.

The association of blockchain and IoT can reduce costs by eradicating the need for middlemen such as vendors and third-party providers. Moreover, it enables efficiency and ease in processing transactions.

As per analysts from Research Dive, the global blockchain IoT market is expected to have a promising future and is likely to surpass $5,802.7 million by 2026. The rapid surge in the implementation of blockchain services for digital identity, government projects, and smart contract is likely to pave way for speedy growth of the blockchain IoT industry in the coming years.

Preview an Exclusive Sample of the Report of Blockchain IoT Market