Augmented reality (AR) is ruling many industrial arenas. Novel developments in this technology have lured many other companies to adopt AR technologies for obtaining enhanced performance. The future years are going to witness much more novel inventions related to AR technology. 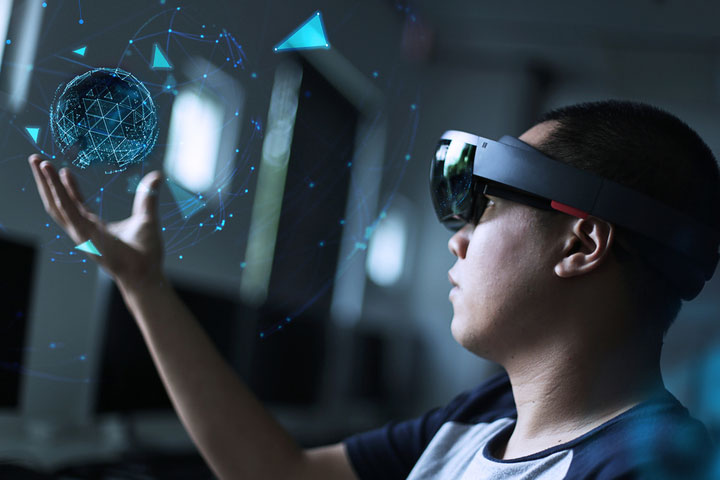 The technology of augmented reality (AR) is one of the latest buzzes around the globe and is going to become more prevalent as AR-equipped smartphones and other gadgets become easily available. AR is an advanced technology that allows us to view the real-life world right in front of us— cars moving on the road, dogs barking, kids playing football—with a digital augmentation draped over it.

What is Augmented Reality?

To explain it clearly, augmented reality (AR) is nothing but an experience in which designers enhance portions of users’ real-world with computer-generated input. Designers add inputs, such as sound to videos, graphics, GPS overlays, and many other things, in digital content which respond in real-time to alterations in the user’s surroundings.

These examples might seem familiar to you as you might by now be using similar features on your smartphone. Today, AR is readily accessible and being used in innumerable ways, for instance, in applications that aid you in finding your car in a crowded parking lot, in Snapchat lenses, and in several shopping applications that allow you to try on clothes from the comfort of your home.

Possibly, the most renowned application of AR technology is the mobile app: Pokemon Go, which was launched in 2016 and instantly became an inevitable sensation. In this game, players detect and capture Pokemons that can be seen in the real world—in your garden, in a school, and simply anywhere around you.

Not just games, the wonders of AR have been experienced in a variety of other applications in our everyday lives. Here are a few outstanding applications of AR:

What is the Future of Augmented Reality?

AR has attained its repute in a very short period, and in the coming years we will witness a variety of inventions related to it. AR is not just restricted to entertainment, but its impact is being verified by numerous giant businesses and they are trying to strengthen their process so that they can compete harder in the near future with their rivals.

Nobody is sure about the future of anything, but merely predictions can be stated. However, the way AR is making its footmark in various industries, it is undisputable that AR’s future will be bright and keep flourishing. Considering the cumulative effect of AR, it is clear that this technology is heading for a big deal in the future.