Around the World with Electric Vehicle Infrastructure 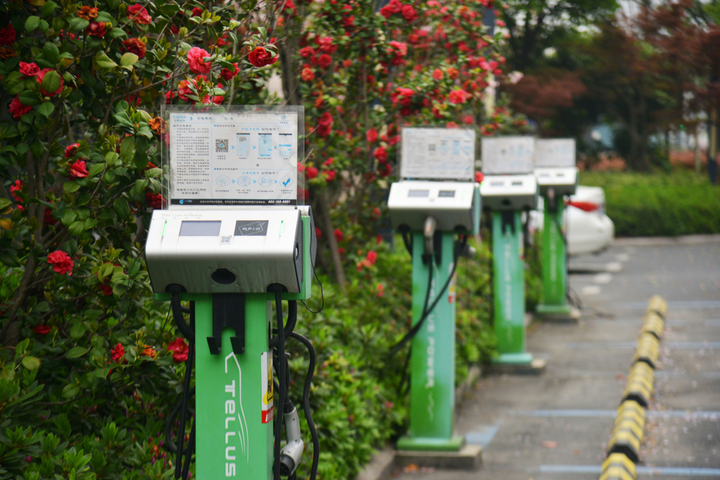 Energy, be it combustible or non-combustible, renewable or non-renewable sources play a crucial role in our lives. Everything around us runs on a power supply, one outage and everything comes to a stop. Electrical energy is one of the important discoveries for this world, without which our daily life would become chaotic. Recently, the automotive industry is changing its dynamics and is investing heavily in electric vehicle infrastructure. Electric vehicles are capable of reducing carbon emissions by a huge margin, ensure smooth working, and are estimated to keep pollution in check. This is a huge milestone and one of the essential discoveries in today’s time.

What is an Electric Vehicle?

An electric vehicle runs on an electric motor, rather than on an internal combustion engine that produces power by burning gases and fuel. This type of vehicle is considered to replace current automobiles, to administer the issues on global warming, depletion of natural resources, and much more. The increasing issues of carbon footprint and environmental problems caused due to fuel-based vehicles are aiding the growth of electric vehicle infrastructure. Apart from this, in 2010, India took a decision to invest in electric vehicles and the Ministry of New and Renewable Energy approved a scheme of INR 95-crore. Currently, in 2019, Union Cabinet cleared the INR 10,000-crore initiative under the FAME-II scheme. This scheme aims to encourage quicker adoption of hybrid and electric vehicles by providing upfront incentives on the purchase of vehicles and by incorporating charging infrastructure for the electric vehicles.

According to International Energy Agency (IEA)’s global electric outlook, the electric vehicles can surge to 230 million by the end of 2030 provided that all the governments worldwide put in their best efforts to meet international climate and energy goals. However, this program excludes two and three-wheeler vehicles. Further, as per the international energy agency, electric buses, cars, vans, and heavy trucks are anticipated to reach 145 million by 2030. Also, 3 million new electric cars were recorded in 2020, a 41% rise as compared to 2019.

Apart from this, an article published on whitehouse.gov stated that in March 2021, the United States of America passed 100,000 public chargers and this is supposed to make driving an EV convenient in the entire nation. The perks of using an EV include never having to go to a gas station, EV offers reliability, affordability, and convenience of public charging units, thus raising the confidence of drivers on the streets. Also, in April 2021, GM, an American-based motor company, introduced a four steps plan to charge an electric vehicle. This plan includes a paying system for power and a public charger to attract people to the 30 electric vehicles meant to launch in 2025. The company has signed agreements with seven third-party networks for charging. Under the GM vehicle brand mobile application, the electric vehicle drivers can view location, real-time data, and if the charger is used or not throughout Canada and the U.S.A.

Furthermore, under the European Green Deal, the European Commission took upon itself to reduce greenhouse gas emissions by 55% by the end of 2030 and gain carbon neutrality by 2050. As transport is a significant factor in producing carbon emissions, electric vehicles are likely to play an important role in saving environmental conditions. As per lexology.com, Ireland is predicted to report the highest number of electric vehicle sales in 2021 and is predicted to rise every year henceforth. Moreover, the Program for Government is planning to ban new fossil-fueled car registrations and by 2030 will stop light vehicle registrations as well.

The BluSmart Mobility, an EV ride-hailing mobile application company, started its operations on electric vehicles in 2019 and is set to open up its 130 charging stations to the public in 45 days. The Delhi Government has asked firms to bolster charging infrastructure in the city as part of the EV policy. Also, as per the report on indianexpress.com, Delhi’s Power Minister, Satyendra Jain declared that the government focuses to implement 500 EV charging points at 100 different locations. Apart from this, in May 2021, Ola, a car services company, is planning to enter the four-wheeler sector with an indigenously built car.

Sci-fi movies such as interstellar, 2012, and the volcano screens some of the devastating environmental effects on earth. This only signifies that the need to amplify the strategies to tackle environmental issues on a large scale. The demand for electric vehicle infrastructure will only surge due to robust government initiatives for building a safer place to live in. Also, environmental programs, launches, and financial aid offered by well-established companies will only accelerate the usage of electric vehicles throughout the world.