A Short Guide for Chlorinated Paraffins: Definition, Properties, and Applications

Chlorinated paraffins are one among many such compounds which have eased the life of humans with their wide applicability in various industries spanning across several sectors like manufacturing, health and lifestyle, and food production. Due to their unique physical properties like low volatility, non-toxicity, and non-flammability, chlorinated paraffins have now been increasingly used in the manufacturing industry to manufacture different types of products. 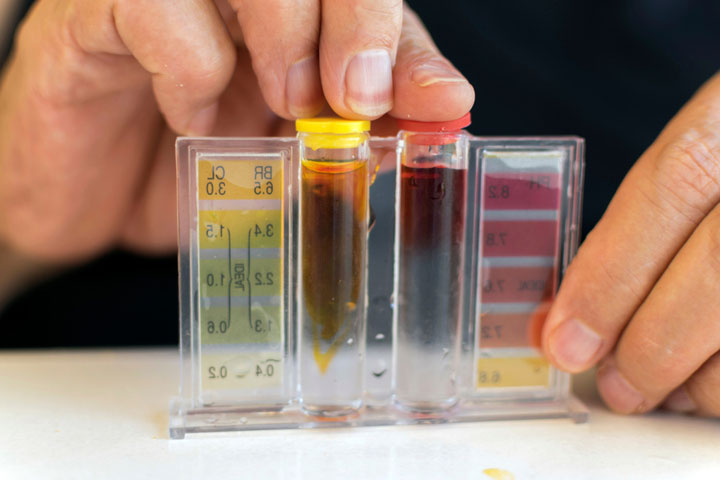 Research in the branch of chemistry has given out some amazing compounds and mixtures. The idea that uranium is radioactive and can be a source of nuclear fuel or the discovery of several antibiotic compounds like penicillin that can be attributed to scientific developments in the field of chemistry. From the fuel that powers our spaceships to the polythene bag that we use every day, chemistry has a significant role to play in each of these products. Famous scientists and researchers like John Dalton, Dmitri Mendeleev, Marie Curie, etc. through their experiments have enlightened the world with stunning discoveries and inventions. At the same time, however, discovery of certain compounds didn’t create a frenzy when they were discovered but, over the years, have become extremely crucial for human lives. Chlorinated paraffin is one such compound.

Chlorinated paraffin is a complex compound of polychlorinated n-alkanes formed by reaction between unbranched paraffin compound and chlorine gas with UV light acting as a promoter of chlorination. Chlorinated paraffin, thus formed, is a synthesis of hundreds of homologues and isomers which are present in chlorinated n-alkanes. Also, in order to maintain stability of the compound, especially at high temperatures, many-a-times epoxidized vegetable oil is added to it.

Carl von Reichenbach, a German scientist, is credited with the invention of paraffin oil in the 1800s. Paraffin oil, in the subsequent years, proved to be a reliable and an efficient fuel as compared to other conventional fuels used by the candle industry. This increased the demand for paraffin oil and in subsequent years, with further research, chlorinated paraffin was invented.

Depending on the degree of chlorination of the unbranched paraffin compound and the chain length of the resultant compound, chlorinated paraffins are colorless or have a yellowish, amber tinge. Also dependent on both these factors is the viscosity of the liquid which ranges from mobile to highly viscous state. The chain length also determines whether the resultant chlorinated paraffin is waxy or glassy in texture. Chlorinated paraffins are typically insoluble in water and are generally used to form suspensions and emulsions. Also, these compounds are non-flammable, non-poisonous and have low volatility.

The unique physical properties exhibited by these compounds have helped in widening their applicability across several different sectors and industries. Chlorinated paraffins have been used commercially in various industries since the first half of the 20th century. Since then, the chlorinated paraffin market has expanded enormously across the globe. Especially, the chlorinated paraffin market in North America region, according to market analysts, is expected to witness substantial growth with a healthy CAGR of 2.7% in the 2018-2025 timeframe. The wide range of applications have been the main reason behind the increase in demand and growth of this market. Some of the applications are given here:

Chlorinated paraffins have been of great use to several industries spanning across several sectors. Apart from the manufacturing sector, these compounds have some applicability in health sector too. Paraffins laced with chlorine gas are used in manufacturing of hand and face cream and similar such cosmetics. Some paraffins are even used in food production and animal feed industry.