Surgical hats, or scrub caps as they are known, are specially designed headwear for surgeons to be worn in operation theaters in order to prevent the contamination of the sterile area. Nowadays, surgical hats are designed in such a way that they also denote the role of the wearer and the function he/she is supposed to perform. Also, an ongoing debate on which of the two prominent types of surgical caps has brought the issue of wearing surgical caps into the limelight. 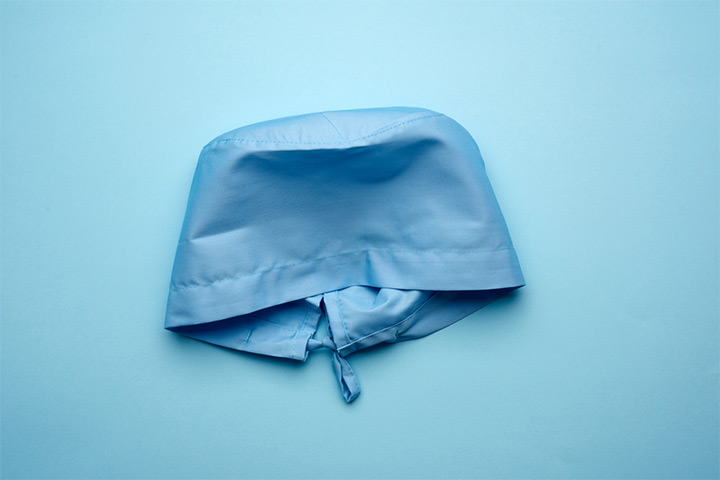 Sanitizing and maintaining hygiene in operation theaters is an absolute must. Since the patient’s physical health is at its weakest while he/she is being operated on, his/her immunity can be easily and quickly compromised. Hence, surgeons, assistant doctors, and the other ancillary staff performing inside operation theaters have to take a whole lot of precautions so that the patient remains safe and unexposed to even the slightest of infections. For this purpose, special gear and apparel are designed for the medical staff working in operation theaters, one of which is the surgical hat.

Surgical hats, also called as scrub caps or skull caps, are specially designed headwear for surgeons and the ancillary medical staff to be worn in operation theaters or in similar conditions. Invented first in the 1960s by a nurse, surgical hats were then made of cotton or polyester. Gradually, cotton was replaced by nylon and the design was modified to make these hats more comfortable for the wearer. Today, these hats have elastic bands sewn at the bottom so as to make them flexible and provide the correct fit to the wearer’s head. Also, a new trend has set in, wherein the surgical hats are color coded to denote the wearer’s role. So, a surgeon’s surgical hat color will differ from the color of a nurse’s surgical hat; generally, green color is for the nurses, while blue and white colors denote surgeon and anesthesia, respectively.

Specifically, there are two reasons why surgeons wear surgical hats. Many a times, there’s a risk of surgeon’s hair getting cut or pulled out by surgical instruments; and more importantly, hair can contaminate the sterile area of the operation theater or the exposed body of the patient. Thus, surgical caps perform the dual role of protecting hair and preventing the sterile area from getting polluted or contaminated. Hence, it is advisable, and in fact mandatory at most hospitals, for surgeons and the other medical staff to wear surgical hats during an operation.

Which is Better: Cloth Surgical Hat or Bouffant Cap?

One of the most intriguing debates that are raging in the medical world right now is which of the scrub caps of the surgical hat market is better- a cloth surgical hat or a bouffant cap. While surgical hats leave some part of the ear and back of the head exposed, bouffant caps are loose-fitting caps made from polyester that cover the head fully without leaving any part of the ears or the head unexposed. The main reason why this debate was kickstarted is that the American College of Surgeons issued guidelines that recommended cloth surgical caps, while the Association of Perioperative Registered Nurses recommended the use of bouffant caps in operation rooms. In order to put the debates at rest, several trials were conducted by various universities, research institutes, and colleges. While some institutes like the Department of Nursing, NorthWestern College, Iowa recommended using cloth surgical hats, other institutes found the bouffant cap to be better at achieving the intended objectives. The debate has been put to rest temporarily by a research paper published in the National Library of Medicine which states that neither of the surgical caps has shown an advantage in surgical site infection (SSI) reduction over the other, meaning both of them are equally good in preventing contamination of sterile operation rooms. However, many renowned institutes are yet to publish their results and this debate is sure to flare up once again after the results are published.

Surgical hats are just one of the many special garments that are used in operation theaters; yet they are extremely important. However, just wearing a surgical cap isn’t enough; it is recommended that surgical hats should be sterilized after each use. Medical researchers have recommended washing these caps with fairly warm water having a temperature of around 40-60-degree Celsius. This way, the same surgical cap can be used multiple times and the pace of biomedical waste generation can be reduced.

Charcoal Facewash: Allowing You to Look More Confident with a Healthy and Glowing Skin

Preview an Exclusive Sample of the Report of Surgical Hat Market