SARS and MERS stack the novel Coronavirus making it lethal

A mysterious respiratory syndrome was identified at the end of 2019, called the Wuhan coronavirus in the Chinese city of Wuhan. The new coronavirus is spreading like a wildfire, infecting at least 17,000 people across the world and the affected people are still on the rise. As of Feb 4th, the death count was close to 400, affecting 26 countries after originating in China. While the experts are still trying to find out the source of this contagious virus, snakes are assumed to be source of the outbreak. 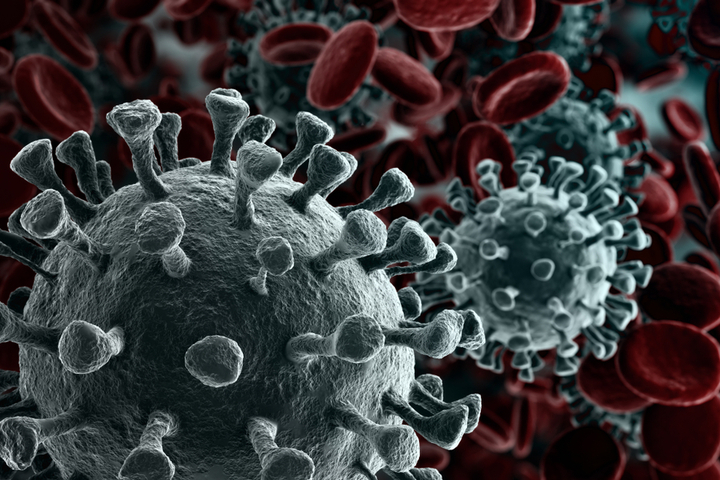 A mysterious respiratory syndrome was identified at the end of 2019, called the Wuhan coronavirus in the Chinese city of Wuhan. The new coronavirus is spreading like a wildfire, infecting at least 17,000 people across the world and the affected people are still on the rise. As of Feb 4th, the death count was close to 400, affecting 26 countries after originating in China. While the experts are still trying to find out the source of this contagious virus, snakes are assumed to be source of the outbreak.

On January 11th, the health authorities of China declared the first death due to the virus and the infected count was 41. In less than two days, on the 13th of January, the virus was identified in Thailand and on 15th, in Japan. It has been spreading since, the affected countries include Hong Kong, China, Macau, Philippines, India, Botswana, Maldives, Pakistan, Indonesia, Brazil, Namibia, Cyprus, Equator Guinea, Sudan, Angola, Colombia, and Ecuador.

The global experts and the government are working with the World Health Organization (WHO) to swiftly gain the scientific understanding about the virus by tracking the virulence and spread. This united effort to expand knowledge on this new virus will help provide individuals to take certain measures that can protect and prevent the people from this outbreak. Usual guidelines to prevent infection spread take account of covering mouth and nose when coughing and sneezing, regular washing hands and face, cooking meat and eggs thoroughly. Avoid close contact with anyone irrespective of showing any symptoms such as coughing and sneezing.

On 31st December 2019, the current epidemic of 'novel coronavirus' (2019-nCoV) was first reported in Wuhan, China. The name of the virus comes from the 1960s where a distinctive corona or 'crown' of sugary-proteins was projected from the envelope surrounding the particle. A single strand of this virus nucleic acid is made up of approximately 26,000 to 32,000 bases long – which is the longest genome of an RNA-based virus.

Back in 2002, in the city of Guangdong of the Chinese province, SARS was identified through traces of human infections though the source of this virus was never clear. SARS was recognized as the first distinct strain of coronavirus in 2003. The influenza-like disease was spread across 26 countries infecting more than 8,000 people and causing around 800 deaths.

In 2012, people exhibiting cough, fever, diarrhea, and shortness of breath were identified as MERS victims. This syndrome was identified first in Saudi Arabia, the evidence pointed dromedary camels to be the possible source of infection, and the source of this virus was never officially confirmed.

A new study published on 30th January by the New England Journal of Medicine claimed that the novel Coronavirus can be transmitted by people without symptoms. Different symptoms may appear in different individuals. Some strains may cause diarrhoea in pigs and turkeys. There was a distressing influence on human health and livestock all through the world from the deadly lethal spread of the virus. The most common symptoms of the infection are related to respiratory complications such as sore throat, cough, cold, and running nose.

Apart from these high fevers, nosebleeds, frequent loss of breath and headaches are some other symptoms in the initial stage. Pneumonia, swelling in the lungs, asthma and repeated sneezing are some of the advanced symptoms of this virus. The virus makes the regular treatment redundant as the immune systems are weak. nCov is lethal for young and elderly individuals but can spread from person to person when in direct contact. It is spreading rapidly with no cure available yet.

China has set up multiple hospitals to help detect and control the virus outbreak. In addition, they have allowed for conditional approval of drugs if found effective against the Coronavirus. There are no current approved or confirmed cures for the Coronavirus. China has kick-started clinical trials of certain drugs to speed up the test for a potential cure as the rest of the world rushes to develop vacancies against it.
Treatments for novel viral outbreaks typically take years to develop, considering that viral illnesses pose very particular challenges. There are still no treatments approved for those affected with the Ebola virus, even after 5 years after the first diagnosis.

Drugmakers such as Glaxosmith Kline PLC., as well as the Chinese government are on a crash course to develop vaccines and therapies to fight the new virus. There is a potential remedy by the name of Remdesivir which has been approved for human trials making it one of the most promising potential treatments for the virus which has no confirmed treatment or vaccine.

Many countries including India, Singapore, Malaysia; and all of Europe and the Americas strengthened their visa policies with regards to China. While the United States promised to help with the Coronavirus outbreak, China has not yet received any assistance to tackle the outbreak. China has taken measures to control the outbreak and the fatality rate of Coronavirus has been seeing a downfall in the Chinese mainland to about 2.1% which is much lower than the rate of which Ebola, SARS, and MERS had.

The outbreak has had tremendous economic impacts on the Chinese market, as on Monday the market plunged when the news of the first death which was confirmed to be virus related hit the news. The drop drove the Chinese indexes down more than 7%. The markets seem to be shrouded with panic, even though the government is taking strong measures to curtail the effects of nCov. The government has also committed to taking hasty measures to ensure that small to medium enterprises do not crumble under the pressure.

The World Health Organization (WHO) said it was opposed to imposing travel or trade restrictions on China, nonetheless, countries like the United States and Australia have sanctioned a China travel ban. From an alternate perspective, the commerce secretary of the United States Wilbur Ross made a statement that said that the outbreak and the measures taken to control it will help accelerate the return of jobs to North America.