to access all our reports from the BFSI Category, featuring the impact of the pandemic

6 Types of Aviation Insurance Policies You Should be Aware About 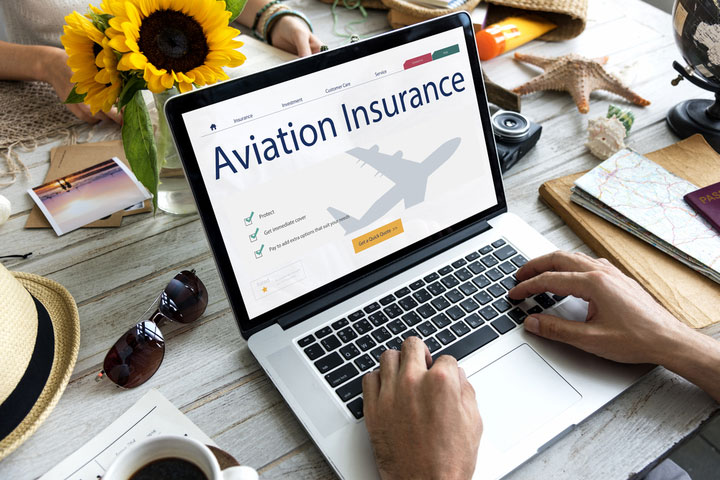 On 11th September 2001, four airplanes travelling from the north-eastern US to California were hijacked by four groups of a terrorist organization named Al-Qaeda. Their sole motive behind this hijacking was to take control of their respective flights and crash these flights into prominent American buildings. Accordingly, the twin towers of the World Trade Center, the Pentagon were attacked. The fourth plane which was intended to hit a prominent building in Washington D.C., crashed near Pennsylvania. The 9/11 attacks remain the deadliest terrorist attacks in human history with more than 2,500 casualties and several wounded. Though, the main talking point in the aftermath of the attacks was regarding rise of global terrorism, a parallel debate sprung up regarding aviation safety. Though, any form of transport involves some inherent risk, but the risk is somewhat greater when travelling by an airplane. Hence, a new sector of insurance is getting popular these days, i.e., the aviation insurance sector.

What are the Different Types of Aviation Insurance Policies?

The different types of insurance policies mentioned above, thus, help all the major stakeholders; the aircraft company, passengers, aircraft operators, third-party entities, etc. by providing liability cover for damages in their own unique ways. Also, tragic air accidents, especially the horrendous 9/11 attacks and the disappearance of the MH370 flight, have been an eye-opener for all these participants. Both these factors have contributed to the growth of the global aviation insurance market.

6 Types of Aviation Insurance Policies You Should be Aware About

Preview an Exclusive Sample of the Report of Aviation Insurance Market