The growing number of natural disasters, especially avalanches, due to global warming and climate change, has made the life of people living in the mountains and polar regions extremely harsh. Avalanche detection systems with their high-tech avalanche radars have provided a solution to this problem. With state-of-the-art technology, avalanche radars are helping the local populace to predict the avalanches accurately, and thus helping them mitigate the crisis in a much better way. 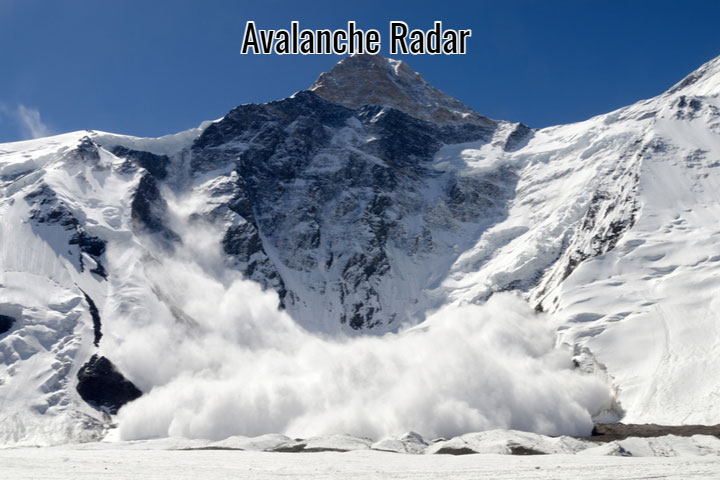 Climate change and global warming has triggered numerous environmental phenomena which previously didn’t occur so frequently. Flash floods, cloudbursts, devastating famines and droughts, melting of glaciers, frequent avalanches etc. are becoming regular events across the world. For the people living in the mountainous regions or in the polar areas, melting of glaciers and frequent avalanches pose a serious threat to their life, resources, and property. Though both are different phenomena, many times, melting of glaciers trigger an avalanche. Melting of glaciers is a slow process which cannot be tracked necessarily; however, when the glacier reaches a tipping point, the whole glacial system crashes, triggering a huge avalanche. This is especially true in mountainous regions, where the slope gradient is high. In such cases, an avalanche detection system is necessary, which employs avalanche radars to detect these avalanches.

Avalanche radars are effective devices which can help to automatically detect the onset of an avalanche and warn the inhabitants of the surrounding area. Avalanche radars work in almost any weather conditions and during any time of the day. The contours of the area, where the avalanche detection system needs to be deployed, will decide how many avalanche radars are needed to be installed to cover the whole area properly. Sometimes, since the area is narrow and the glacial system is not so developed, a single radar can cover and manage the area. However, most of the times, the area is so wide and the mountain ridges are so huge that a series of avalanche radars need to be installed to cover the area comprehensively.

What are the Main Advantages of Avalanche Radars?

Thus, the avalanche detection systems available in the market have eased the life of people living in the high mountains or near the poles. Also, these systems have made it easy for scientists, tourists, and explorers, who visit such high-altitude places, to plan their journey accordingly.

Preview an Exclusive Sample of the Report of Avalanche Radar Market