5 Celebrities Who Shifted to Vegan or Plant-Based Diet

Vegan or plant-based diet is a new lifestyle-related change resulting out of rising environmental concerns like global warming and due to activism and movements related to animal rights’ protection. Though the terms like ‘vegan’, ‘vegetarian’, and ‘plant-based’ diet have been used interchangeably, there is a huge difference between the three. The growth in the adoption of these food habits has one more important contributing factor- famous personalities including movie stars and sportspersons creating awareness about veganism and shifting to vegan or plant-based diet themselves. 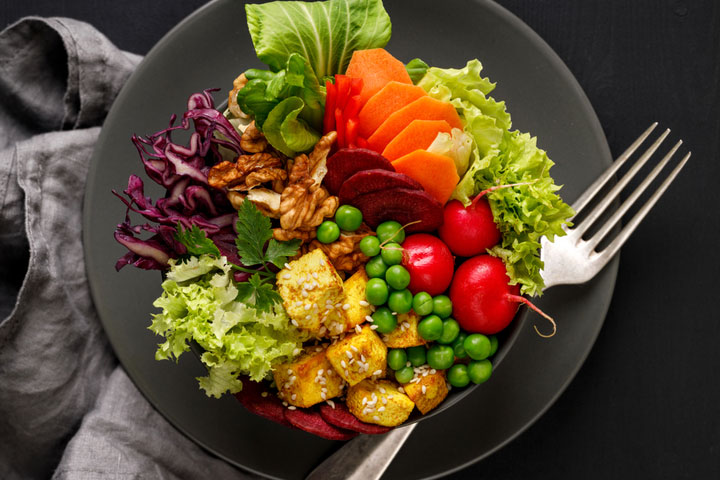 Global warming and climate change has, in many ways, changed the lifestyle of people across the globe. Economic models, housing and architectural methods, agricultural practices, food habits, and many such things have been altered due to these two interconnected global phenomena. The rising trend of adoption of a vegan or plant-based diet has gained ground in the last few years amongst the people all around the world. Though climate change is just one of the many contributing factors to this trend, it is an extremely important one. Protection of animal rights movement is another such important factor behind the growth of this trend. In the last few years, many celebrities and famous sports personalities have declared their shift to a vegan or plant-based diet which has further fueled this trend. All these factors have significantly helped the global vegan food market to grow substantially and is expected to continue to do so in the upcoming years.

Vegan Vs. Vegetarian Vs. Plant-Based Diet

The word vegan has its origin in 1944, when Donald Watson, an animal rights activist used the term for the first time in order to denote a diet that was devoid of all meat and animal-based food products. Over the years, words like ‘vegan’, ‘vegetarian’, ‘plant-based’ have been used interchangeably. But there’s a world of difference between these three terms. Some of the differences are highlighted here:

While meat is a part of plant-based diet, the proportion is much less than what it would be in a normal diet. On the other hand, vegan and vegetarian diet is completely devoid of any meat or meat-based product.

Milk and other dairy products like cheese, butter, cream, etc. are a part of the plant-based and vegetarian diet and that too, in great amounts. However, even milk-based products aren’t consumed when on a vegan diet. This is the most unique feature of a vegan diet, that it shuns all food products that have an animal origin.

Celebrities and Sportspersons Who Adopted Veganism

The Joker-fame actor has been a vegetarian since his childhood, but made a shift to strict veganism in last few years. Not only diet, Joaquin Phoenix has been quite vocal about the harsh realities of the leather industry and has suggested his fans to reduce their overdependence on such items. Joaquin Phoenix’s Oscars acceptance speech became a hot internet topic where he criticized the dairy industry by labelling it “cruel”.

The much-acclaimed American singer and songwriter, Billie Eilish has been a vegetarian since a long time. However, she recently declared her shift to veganism and has been a staunch advocate of vegan lifestyle since then. Recently, she even posted a video of a dairy farm in Indiana wherein she is seen to criticize the brutal treatment given to animals and once again asked here fans to go vegan.

One of the most successful F1 drivers of all time, Lewis Hamilton declared his shift to veganism back in 2017. He said the shift was to enhance his fitness and athletic parameters and to contribute to the environmental cause. Lewis Hamilton has also launched a chain of plant-based burger restaurants called Neat Burger. Thus, Lewis Hamilton has been a great champion of vegan or plant-based diet for many years now.

BBC’s very own modern-day Sherlock Holmes, Benedict Cumberbatch, though not very vocal about it, has been reportedly an ardent follower of vegan or plant-based diet. His adherence to veganism was made public through a Twitter exchange, wherein he revealed his diet to one of his fans.

India’s prolific batsman, Virat Kohli, along with his wife Anushka Sharma, recently revealed their shift to vegan diet. The couple has also reportedly invested in a plant-based meat brand named Blue Tribe. Both, Virat Kohli and Anushka Sharma, have stated that their decision was based on the need to conserve the environment.

Apart from the ones mentioned above, many other famous personalities such as Pamela Anderson, Bryan Adams, Novak Djokovic, Robert Downey Jr., Madonna, Mike Tyson, etc. have either shifted to a vegan or plant-based diet. The rising awareness regarding the need to conserve ecology and activism regarding animal rights is pushing many people to opt for a strict vegan or plant-based diet. This trend and, hence, the corresponding market are sure to grow in the near future.

Preview an Exclusive Sample of the Report of Vegan Food Market