3 Reasons Why Software Defined Perimeter (SDP) is Better than VPN

As the number of electronic communication devices such as computers, smartphones, laptops, etc. are increasing, the traffic over internet network is also increasing. Along with this, dangers of cyber-attacks, malware attacks, hacking are bound to grow. To counter these problems and challenges, experts have been formulating technologies and techniques that can help build a secure and stable network infrastructure over a defined area. Out of several technologies, two main systems that stand out are- Software Defined Perimeter (SDP) and Virtual Private Network (VPN). 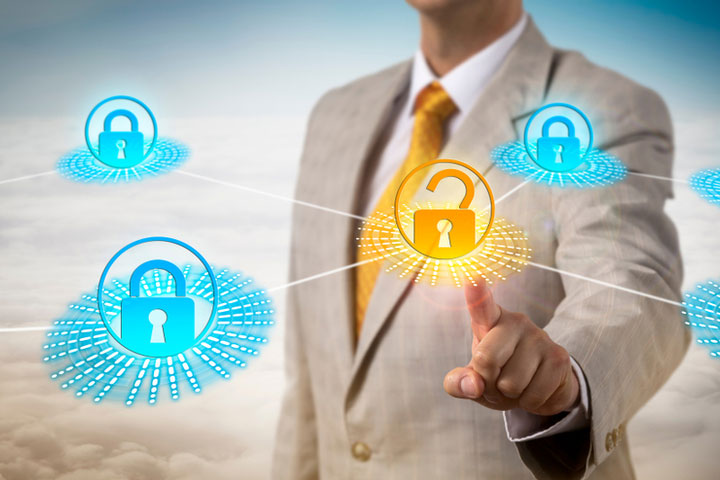 1st January 1983 is generally considered as the birthday of Internet. Prior to this, there wasn’t a clear and efficient way for computers to communicate over established standard networks. Since 1983, internet has come over a long way. Today, virtually, every communication device is connected over the internet. Right from mobiles phones to tablets, computers, laptops, etc. communication without an internet connectivity seems a thing of medieval ages. Today, the importance of internet in people’s lives is underlined by the fact that several legislatures and judiciaries of different countries have declared ‘Right to Internet’ as a fundamental right. However, everything in life, good or bad, comes with its own set of problems and challenges; and in case of internet, the main challenge today is with respect to security and privacy. Hacking, phishing, and different types of cyber-attacks have become a common phenomenon in today’s world. At the same time, there has been a growing concern among regular internet users regarding surveillance over their internet activities. Hence, the issue of security of internet networks has gained a lot of importance and traction in the last few years. New technologies and software have been developed in the recent years to achieve maximum network security and allay the peoples’ fears regarding violation of their privacy rights. One such technology that has evolved in the past decade is the Software Defined Perimeter (SDP) technology.

What is Software Defined Perimeter and How does it Work?

Software Defined Perimeter, also called as “black cloud”, provides a modern approach to network security by hiding the internet-connected infrastructure from external cyber attackers and parties. Thus, software defined perimeter, as the name suggests, is based on a software rather than hardware, which creates a barrier thereby protecting the critical internet-connected infrastructure from outside attacks, while at the same time letting authorized users access the infrastructure through dedicated channels.

Software Defined Perimeter or SDP provides network security to both types of data, cloud-based data or the ones hosted on-premise. The basic working of SDP is based on giving access only to authorized users, thereby blocking unauthorized access to the network through a software. Thus, the default state of SDP is where a web server is connected to the internet, but can’t accept internet requests or send internet responses. An authorized user needs to gain access and turn on the request-response system. Also, as soon as the authorized user is granted access, the network once again locks access to outsiders thus creating a full-proof security system.

Why is Software Defined Perimeter Better Than Virtual Private Network?

Another important technology, along with SDP, which is built to defend the internet infrastructure from getting attacked from external threats is the virtual private network. Virtual Private Network (VPN) helps in creation of an encrypted network between the communication devices in such a way that the network users get a sort of private network among themselves. The data flowing on such a virtually “private” network is encrypted so as to maintain the security of the network. Since both the technologies, SDP and VPN, claim to offer the same functionalities, and debates have sprung up over the issue of which technology is better. There are some reasons why experts believe SDP is better than VPN in offering a more secure and stable network.

Software Defined Perimeter technology is much more flexible than Virtual Private Network in flexibility, as SDP can provide a perfectly fitting perimeter for any kind of internet infrastructure, be it for an individual user or a group of users in a company or an organization. This feature of SDP has become even more important in the pandemic years wherein people of the same organization are working remotely from different areas in which case implementation of VPN technology becomes cumbersome.

SDP, being more flexible than VPN is also easier to manage. As it is difficult to place different individuals of the same organization under a single VPN system, many companies have started adopting SDP architecture as a centralized authorization system to provide access to confidential company data.

SDP framework is much more secure than VPN architecture and is less likely to be breached by cyber-attacks. Though there are many reasons for this, one of the main reasons is that SDP employs a single centralized authorization perimeter to access the protected information. Also, this single-point authorization makes SDP much cheaper to install than VPN system.

Thus, because of all the reasons mentioned above, SDP is slowly becoming the leading choice of individuals and organization to create a secure internet network over a designated area and is hence, set to replace the VPN framework in coming years.