Anti-blue ray myopia lenses have become increasingly important since the pandemic began, due to the shift to remote work culture. Though blue light is not always harmful, in the recent years, increased exposure to it due to over-usage of smart devices like laptops, tablets, and smartphones have led to an increased prevalence of myopia and similar eye-related medical conditions. Anti-blue ray myopia lenses provide various benefits which help in reducing the overall strain on eyes, thereby giving a soothing effect to the eyes. 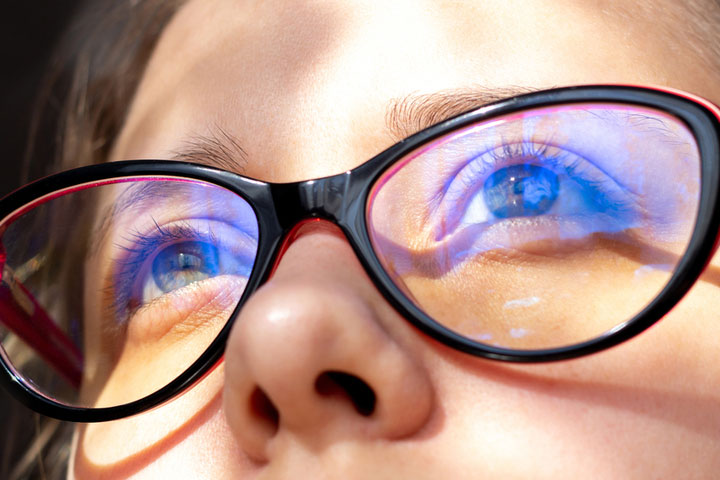 The world has tremendously changed since the outbreak of the Covid-19 pandemic in Wuhan. New things and ideas have been introduced, old conceptions have been rendered useless; while the demand for some products has been increased, and others have been used rarely since the pandemic. It is nearly impossible to fully trace the effects of the second and third wave of the pandemic. One of the biggest changes due to the Covid-19 pandemic is the widespread adoption of remote work culture. Though adopted by some companies in the pre-pandemic era itself, the pandemic has forced almost all industries and businesses to shift to the remote work culture so as to keep their operations running. The government-ordered lockdowns and the travel restrictions that were put in place to curb the spread of the virus are the main reasons for this adoption of work-from-home culture. The domino effects of this change in culture are varied and have had a huge impact on people’s lives.

Take the example of myopia. Myopia is a medical condition related to eyesight wherein the affected person can clearly see the objects placed near him/her, but the objects far away from his/her eyesight appear blurry. Though this problem has been around since ages, this new work culture has been considered as a catalyst, by many medical experts, for a steady increase in the incidence of myopia. Increased screen-time due to the changed nature of working style is considered to be the main reason behind the growing incidence of myopia. This increase in the number of cases of myopia has, in turn, led to a growth in demand for anti-blue ray myopia lenses which has helped in the growth of the global anti-blue ray myopia lenses market.

What are Anti-Blue Ray Myopia Lenses and How Do They Work?

Sunlight or natural light, as everyone knows, consists of red, orange, yellow, green, blue, indigo, and violet colors. Blue and its associated variants have shorter wavelengths and more energy as compared to the red color. As a result, almost all blue light passes through the cornea, thereby reaching the retina of the eyes. In order to prevent the premature aging of the eyes, anti-blue ray myopia lenses have been devised which filter blue light while at the same time allowing the lens-wearer to see things around him/her normally. Thus, for people suffering from myopia, anti-blue ray myopia lenses are the perfect solution to avoid further deterioration of eyesight.

The main source of blue light is obviously the sun. However, since the last few decades, exposure to blue light is mainly on the account of increasing screen time. Computer screens, smartphones, LED TVs, plasma screens, tablets, etc. are the major emitters of blue light. Continuous exposure to these things causes considerable strain on the eyes, leading to pain, headaches, and, in extreme circumstances, may even cause retinal damage. Anti-blue ray myopia lenses by filtering out the blue light helps in reducing the strain on the eyes even though you are continuously exposed to the mobile or laptop screen. These lenses have become especially important ever since the pandemic broke out as majority of the office work is done online.

Persistent exposure to blue light has another negative effect on the body- it inhibits the process of production of a hormone called melatonin. Melatonin is a hormone which signals the human body that it needs to take rest in order to rejuvenate itself. Since the production of this hormone is hindered, despite being tired, the human body is unable to get the signal which disrupts the sleep cycle completely. Regular usage of anti-blue ray myopia lenses helps in cutting down the exposure to blue light, thereby helping melatonin to reach normal levels.

Though the direct correlation between blue light and macular degeneration is yet to be substantially established, research shows that frequent exposure to blue light may increase the possibility of macular degeneration. As a result, many experts advise regular wearing of anti-blue ray myopia lenses so as to minimize the possibility of contracting this ailment. Moreover, strain on the eyes have a direct cause-effect relationship with migraines and headaches. Thus, using these lenses can cut down the frequency and intensity of migraines.

Just as anti-blue ray myopia lenses are important, equally important is choosing the right type of lenses. While choosing lenses for you, make sure you buy such lenses which specifically filter a wavelength range of between 400-490 nanometers. Also, since different types of anti-blue ray lenses exist in the market, choosing the lens that suits your eye-condition and nature of work is important.