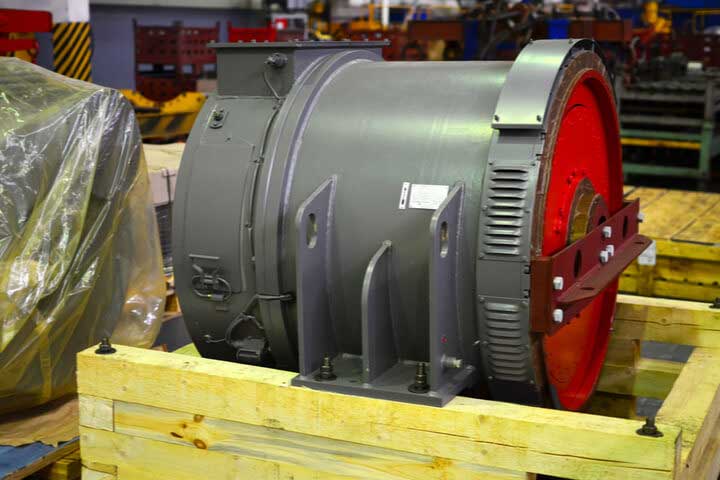 The recent production of electric cars, including fuel cell vehicles and hybrid vehicles, has been very rapid. Electrical vehicles have a great deal of enticing potential from a control engineering point of view. We have yet to fully solve the shortcomings that caused the electrical vehicle to lose its new competitive edge. Yes, electrical vehicles have a low energy density and long battery charging time. Optimal energy management is, therefore, of great importance in electricity transmission; the other significant factors for electric transmission are also the optimal design of the electric motor, choice of a capable driver, and optimal control strategy.

What are electric vehicles?

The electric vehicle uses one or more electric motors or traction motors. An energy vehicle can be powered by electricity from off-vehicle sources via a collector system or can be equipped with an electric battery, solar panels, or a diesel generator.

The idea of a conventional motor is used for electric vehicles. They use power stored in a battery pack to drive the engine and spin the wheels and they deliver torque instantly. The electric cars do not need a manual transmission, as all the power is continuously available. The largest block of roads previously-stored enough electricity so that an electric motor could travel long distances while maintaining a low number of vehicle batteries. Yet significant developments in battery technology have now been made.

Just a few hybrid vehicles are on the road, and traditional vehicles still dominate the small car industry. Electric cars remain relatively new and they reflect just 1% of the total density of the vehicles. The "National Electric Mobility Project (NEMMP) 2020" was launched in 2013 to address the issues of national energy protection, vehicle emissions, and domestic production capacity growth. While a lot of e-rickshaws are visible there is still a significant shift toward electric cars.

The International Energy Agency finds this goal to be highly optimistic, but it is a step in the appropriate direction. Nevertheless, it is crucial to ensure that the government takes an active step towards achieving its goals while providing incentives. The move to electric vehicles is going to have a positive economic and environmental impact. With automation, the proposed change would also reduce the considerable number of road fatalities. The autopilot feature in Tesla recently predicted a crash before it occurred. The system currently in place would need national rework. But, if the government provides the central planning committee with adequate money, we can link them up with the expected smart city and affordable housing solutions.

The purchasing of a fully electric vehicle does not happen often. However, there are extensive developments happening rapidly in this industry. Mahindra & Mahindra vigorously lobbied the government to build battery-powered vehicle infrastructure. In the summer of 2017, Tesla scheduled the launch of one of its cars and is conducting ground-breaking research and development in battery-powered vehicles. E-rickshaws are also increasing, but minimal market funds them. Technology is not on par with international standards, and electronic vehicle maintenance infrastructure needs a great deal.

The more powerful electric motors, the more cost-effective. Petroleum-powered vehicles lead in many ways to emissions from fuel production to combustion. Those include air pollution, noise emissions, and water waste. On the other side, hybrid cars can use 100% renewable energy. Electric vehicles need substantially less maintenance over their lifespan with less complicated mechanisms. Instead of internal combustion engines that consume fuel while idling, electric vehicles do not use electricity while being stationary. Productivity is usually 30%-40% for traditional vehicles, although up to 90%-95% for hybrid vehicles.

Electric vehicles 'existence is unavoidable. Interestingly enough, how quickly it will be changed and applied by the electric traction motor. The cell phone boom shows that people can adapt and consider a change if their lives are more comfortable. The transition to electric vehicles is also well prepared to boost energy protection and reduce its reliance on imports of oil. Detailed simulations validated it for different motor-base induction Electrical Vehicle s using a well-known advance control technique, the power prediction methodology, which does not depend on the electric motor type.

A significant move requiring special attention is the option of traction motors for the Electrical Vehicle propulsion systems. In reality, the car industry still seeks the most suitable electrical propulsion system. Performance, reliability, and cost are key features in this case. However, it is difficult to choose appropriate electric drive systems and should be done at the machine level. Nonetheless, electric drive systems for Electrical Vehicle s rely primarily on three factors: driver preferences, vehicle constraints, and power supply. The DC motor, induction engine, permanent magnet synchronous motor, and switched reluctance motor are the main types of electric motors adopted in or considered for electric vehicles.